How has New York increased testing access to communities of color? 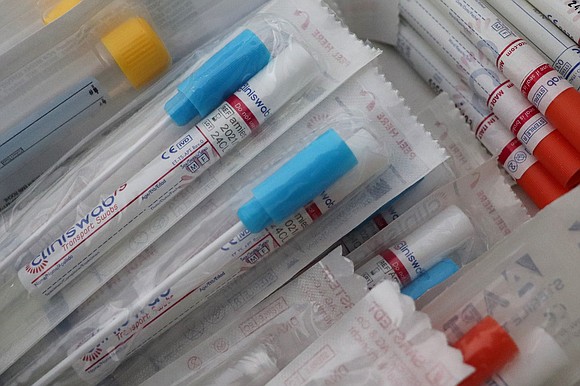 Since the beginning of the COVID-19 pandemic, multiple news outlets including the New York Amsterdam News, have reported the disparities in testing for communities of color.

It has been reported nationally that more people of color are testing positive, because they are more likely to be frontline workers, lack access to healthcare and suffer from chronic illnesses. These factors were already present before, but the pandemic has exacerbated the gap in access for these communities. Since politicians know that this is a major issue, they have to provide access to their constituents to prevent the risk of a second wave in the future.

Gov. Andrew Cuomo reported in his May 23rd press conference that Brooklyn and the Bronx were the two boroughs with the highest percentage of positive tests for coronavirus. Based on antibody tests conducted at churches, 34% of individuals in the Bronx and 29% of residents in Brooklyn tested positive for the virus.

In the same press conference, Cuomo mentioned the State’s partnership with Northwell Health to double their testing facilities to churches in minority communities.

Barbara Felker, the vice president of Strategic Community Partnerships at Northwell Health, spoke with the New York Amsterdam News about how the program began.

“The governor [Andrew Cuomo] asked us [Northwell Health] to administer testing for the Church COVID Testing Initiative that he created,” Felker said in a phone interview. “We developed a call center where people called about their symptoms and structured teams for each church we attended.”

When people called the call center, they were screened for their symptoms. Based on the results of the screening, they scheduled appointments for citizens to be tested. If the citizens had symptoms, they were given the diagnostic test at the church near their location. However, if they were asymptomatic, they would receive the antibody test instead.

According to Felker, Northwell Health partnered with 24 churches, all of them being in African American and Latino communities. During the two-week period of the initiative, the hospital has performed approximately 24,000 tests.

“That’s where there were limited testing opportunities.” Felker said. “Pastors were concerned that COVID-19 was very high in communities with health disparities. Not only do many of the citizens suffer from chronic illnesses like hypertension and diabetes, but these communities are very dense and crowded.”

The Press Office for New York City Comptroller Scott Stringer released a statement to address his efforts in providing testing to essential employees of color. “When Black New Yorkers comprise as many as 30% of frontline workers we know we have a responsibility to deliver testing, both diagnostic and antibody, to those that need it most,” it said. Comptroller Stringer added via email: “I will continue to push for more access to testing in our hardest hit communities. It’s what they deserve.”

The Comptroller released a report called “New York City’s Frontline Workers” on March 26. According to the report, 75% of frontline workers are people of color; 28% of these workers live in Brooklyn, while 22% and 17% live in Queens and the Bronx, respectively.

Patrick Gallahue, the press secretary of the Department of Human and Health Services, informed the AmNews about the mayor’s involvement in expanding testing facilities across the five boroughs.

According to Gallahue, the mayor announced the opening of 12 new Health and Hospitals sites on May 12. They will be placed in neighborhoods such as Washington Heights, Woodside, East Harlem and Canarsie over the next three weeks.

With the placement of these sites, Mayor de Blasio estimated that there would be an additional 5,600 tests per day.

“One of the big points that we’ve been talking about over these last weeks, which is the fact that this disease has laid bare horrible disparities that everyone of us should find unacceptable that must be addressed more and more aggressively.” Mayor de Blasio said in his press conference on the same day. “...we think about how to rebuild this city and bring it back, not the way it was, but better, fairer and more inclusive.”

In addition to the new testing locations, the mayor created a task force on Racial Inclusion and Equity, where current Human Resources Administrator Grace Bonilla will serve as the executive director. Other members of the task force include First Lady Chirlane McCray, Deputy Mayor J. Phillip Thompson and co-chair Dr. Raul Perea-Henze.