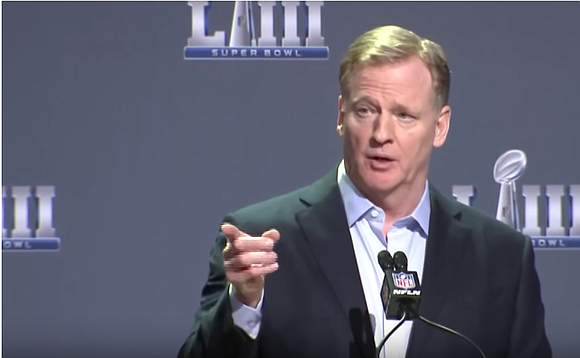 Either the world has come of age, or the 100 plus unexpected days of forced hibernation, along with the 110,000 plus coronavirus deaths, have broadened many of our perspectives. Most notably, of all places, in sports.

George Floyd’s senseless murder by a callous Minneapolis policeman on Memorial Day has received more than an abundance of attention, and an outpouring of condolences. It’s also garnered attempts of conciliation from those on a list who were thought to be ambivalent and/or uninterested.

NASCAR, where you can still find a standard, everyday, good-old American Confederate flag, even though they’re no longer allowed to be used in an official capacity and their display has been discouraged at events since 2015, held a moment of silence in honor of Floyd on Sunday, June 6, before the start of their race at Atlanta Motor Speedway. NASCAR President Steve Phelps then addressed the drivers, teams and television audience.

“Our country is in pain, and people are justifiably angry, demanding to be heard,” Phelps said about this defining time in world history.

“The Black community and all people of color have suffered in our country, and it has taken far too long to hear their demands for change,” noted Phelps, whose sport only has one full-time Black driver in their top three events, Bubba Wallace.

“Our sport must do better. Our country must do better. The time is now to listen, to understand and to stand against racism and racial injustice. We ask our drivers, our competitors, and all our fans to join us in this mission, to take a moment of reflection to acknowledge that we must do better as a sport.”

Earlier in the week NFL Commissioner Roger Goodell acknowledged, responding to a video that featured 17 of their star players that was posted the day before, that the league should have listened to the players earlier regarding their concerns and their calls for the league to condemn racism and support its Black players.

“We, the National Football League condemn racism and the systematic oppression of Black people,” Goodell said via NFL social media.

“We, the National Football League admit we were wrong for not listening to NFL players earlier and encourage all to speak out and peacefully protest,” said the commissioner.

Goodell did not mention former San Francisco 49ers quarterback Colin Kaepernick, who faced backlash from the league and die-hard conservatives for kneeling before his team’s games while the national anthem played in protest of police brutality. A national anthem that’s only partially sung.

In its entirety, there are four verses of the national anthem. The first verse starts with, “Oh say can you see,” and the song ends with, “And the home of the brave.” But if you further read the words to the song, these words are contained in the third verse: “No refuge could save the hireling and slave, from the terror of flight, or the gloom of the grave.”

Defending the words of this song, titled “The Star-Spangled Banner,” written in 1814 by Francis Scott Key and adopted as the official anthem of the United States in 1931, was New Orleans Saints quarterback, future Hall of Famer Drew Brees. Not one of his stellar, highlight moments, even though the backlash was overblown. Brees was referencing the meaning of supporting the national anthem and what it meant to him, to his family.

This is not a defense of Brees, but an understanding of his respect for his family, the way any of us would defend ours, but an understanding that he, like a great deal of others, have no idea of the words written in this song. Nor did Brees, like many others, have any knowledge, any awareness or understanding, of the racism that Black servicemen who fought in the same wars that his grandfathers fought in, before and after, had to endure, as servicemen here and at home. It’s as if Muhammad Ali’s words recited by Will Smith in his autobiographical movie were fictional, just spoken for entertainment purposes.

The huge, immediate outcry and backlash to Brees’ comments from teammates, players and the sports community were quickly and graciously addressed, to help enlighten Brees, and inspire his several retractions that contained an enlightened view.