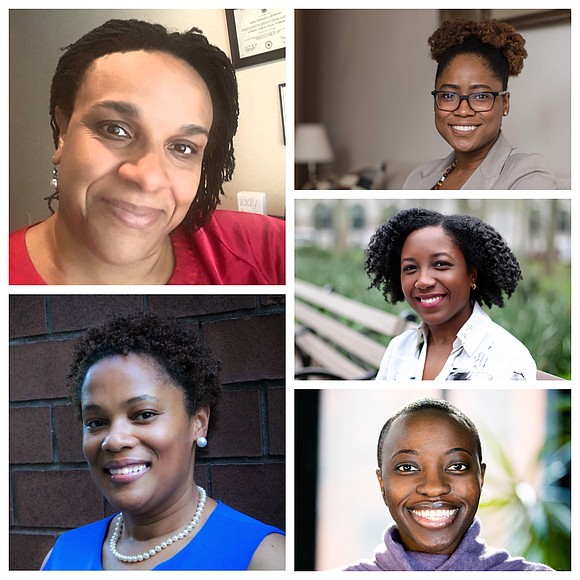 Ordinarily, the Amsterdam News selects one great individual to be our Black New Yorker. This week we talk to five mental health professionals about coping in this particular time of crisis.

Over the next few weeks we will be profiling these five women individually, but we thought because of timeliness of the issue, we would highlight them together for their work in this week’s paper.

After the deaths of Ahmaud Arbery, Breonna Taylor, Tony McDade and George Floyd, citizens around the world started protests against police brutality. Even though these issues are not new, social media played a role in broadcasting video footage of these murders at the hands of police officers.

With the videos of Officer Derek Chauvin keeping his foot on Floyd’s neck for eight minutes and 46 seconds as well as Arbery chased by Greg and Travis McMichael for a morning jog, these images are especially traumatizing for members of the Black community. They struggle whether to stay informed from the news at the risk of harming their mental health.

The New York Amsterdam News spoke with five Black mental health professionals who specialize in discussing racial identity. Not only do they discuss how police brutality leads to racial trauma, but they provide strategies for their peers who want to prioritize their health while being politically active.

Jessica Thomas is a mental health and substance abuse counselor (MHC-LP, CASAC-T) at Viva Wellness, a private practice located in Brooklyn Heights. She defines the concept of racial trauma and how the multiple videos demonstrating instances of police brutality can exacerbate this for members of the Black community.

“Racial trauma happens as a result of the constant exposure of race-based stress such as racial discrimination, instances of police brutality, macro and micro-aggressions and hate crimes that have happened throughout generations, Thomas said. “These symptoms can be triggered by videos that show the lack of respect of the humanity of Black people, which makes it difficult to navigate.”

When Thomas worked at both her college’s counseling and LGBTQA centers, she noticed that there were not many Black people or people of color who felt open to utilizing these services for themselves, which made her want to become a mental health professional.

“It is important we change the stigma about seeking therapy because the suicide rate is increasing for Black people.” Thomas said. “It’s important to have therapy spaces where you don’t have to explain yourself. I wanted to be a face within the therapy profession so that people could see that we’re here, we exist and you can come to us.”

In the same vein as Thomas, Dr. Adjoa Osei also acknowledges the stigma that members of the Black community have in regards to mental health and addressing racist encounters.

“It can be challenging for Black clients growing up because we receive messages that encourage silence around talking publicly about racism and we don’t always have spaces to do so.” Osei said. “Speaking about race can be uncomfortable, so I make sure to provide a space where they can receive validation for the encounters they experience.”

Osei is a licensed clinical psychologist (PsyD) who has a private practice in Downtown Brooklyn and a virtual practice, where patients can speak with her remotely. For Black people who are not sure how to protest against police brutality while prioritizing mental health, Osei advises that regulating social media use can be a useful tip.

“First, you need to acknowledge the effect that social media has,” Osei said. “Are there times you need to step away from it? Stepping away doesn’t mean that you don’t care. Second, people feel guilty for not protesting, but there are other ways to support from behind the scenes, whether that’s donating or signing petitions.”

Similar to Dr. Osei, Vanessa Dabel, Ph.D., suggested that Black people should unplug from social media in order to sustain their political activism. She is a licensed psychologist who works in a college mental health setting, but she also sees clients privately.

When discussing issues of racial identity, anxiety or depression, Dabel notes that patients may experience an impact on their physical health before their mental health.

“As a response to trauma, people can be hypervigilant, so they don’t sleep or eat as often as they should,” Dabel said. “They should connect with themselves on an internal level and ask: ‘What are the major needs coming up?’”

Dr. Keba Rogers is an NYS Licensed Psychologis andt a nationally certified school psychologist (NCSP) who speaks with children and adults through her private practice, Grace, Growth and Greatness Psychological Services, which she started in September 2019.

“I decided to open a practice because I found that there were not many Black psychologists in the world, let alone those who are willing to center issues regarding cultural identity, racism and justice,” Rogers said.

Many of the clients that Rogers speaks with are Black people who are in predominantly white spaces and they have difficulty with presenting their authentic self to their peers.

During this debilitating time, Rogers wants to remind her Black peers that it is important to continue actions that provide happiness to their routines.

“Remember to do the things that make you feel good,” Rogers said. “You can speak to your friends, take a bath instead of a shower, listen to music, or take a walk, if that calms you down. Sometimes we’re caught up in the moment that we forget to take care of ourselves.”

Amira Crawford, a licensed clinical social worker (LCSW-R) and owner of Therapists of Black Girls, agrees with Dr. Rogers that speaking with friends can be helpful.

“Black clients do not usually feel the need to discuss their experiences because they do not receive as much affirmation as they should,” Crawford said. “Having these conversations with friends who they trust and have a familiarity with is important, because it can provide the validation they need.”