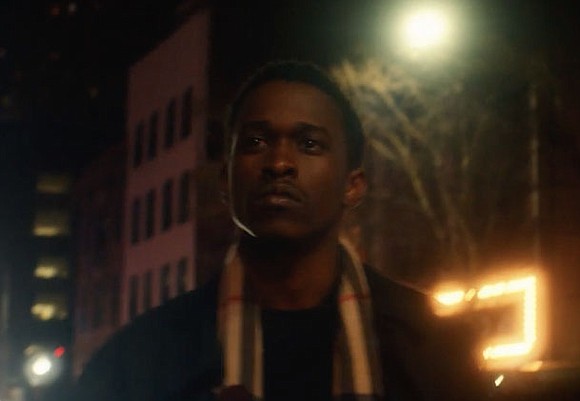 One of the best things about Film Independent is that they have recognized inequality in Hollywood and stepped up to do something about it by creating Project Involve. And it is because of that commitment that I have a deep and lasting respect for the organization.

For more than a quarter-century, Project Involve has been Film Independent’s most vital and impactful program because they are building, with passion and purpose, a more inclusive and equitable industry by supporting emerging filmmakers from communities underrepresented in film and entertainment.

Project Involve is celebrating 27 years of doing the righteous thing in the white, male-dominated world of Hollywood. To date, the program has served as a valuable incubator for diverse talent that has cultivated the careers of more than 820 filmmakers. Notable alumni include Linda Yvette Chavez and Marvin Lemus (“Gentefied”); Jon M. Chu (“Crazy Rich Asians”); Jomo Fray (“Selah and the Spades”); LaToya Morgan (“Into the Badlands”); Justin Simien (“Dear White People”); Lulu Wang (“The Farewell”); Kim Yutani (Director of Programming, Sundance); and many more.

Project Involve, this well designed and effective program, pairs participants with mentors at the top of their respective fields, provides hands-on filmmaking experience from pre-production through the premiere, and much more.

This year’s showcase will feature the following short films:

For 14-year-old Sam, surviving junior high means staying below the radar. But that becomes impossible after he becomes the target of the school’s next viral video. He’s pressured to “hit back,” but Sam isn’t so sure—even if he does have superpowers.

When 8-year-old Kati from Afghanistan stows away in her father’s truck, Faruk must juggle his responsibilities as a single dad while holding down his first job in a new country. As their relationship deepens, a brush with covert racism tests the bond between a father and daughter.

Caught in the throes of a depressive fugue, young Lynn resorts to debauchery to find joy—only to discover that happiness is a much more complicated proposition.

We explore the depths of a Vietnamese-American teen’s psyche through a series of vignettes as she exists on the brink of two diverging worlds.

When couples fight, leave each other and reconcile, the neighbors organize a cachera, a bizarre serenade to ridicule them with verses and trumpets in the middle of the night.

In the days following her suicide attempt, a queer lovelorn teen finds connection and solace with her abuela through the secret language of dreams.

On her ceremonial transition into womanhood, a quinceañera princess’s involvement with her chambelanes leads to visible tension between two young suitors. Partially recorded over with a wrestling title match and a Mexican Banda video, things come to a head in the final quince dance sequence when the chambelanes fight it out to be her number one guy amidst cosmic VHS tracking misalignment.

To join the event, go to: https://www.filmindependent.org/events/free-screening-project-involve-showcase-2020/