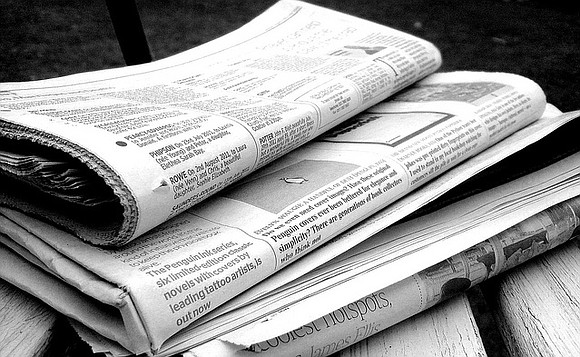 No one told management at the Pittsburg Post-Gazette about “freedom of the press.”

Last week PPG reporter Alexis Johnson sent out a tweet about anti-protesting sentiment among some Americans. With other news outlets focusing on looting and rioting at anti-police brutality rallies, Johnson––who’s Black––wanted to remind people that riots and fights have happened for more frivolous reasons.

“Horrifying scenes and aftermath from selfish LOOTERS who don’t care about this city!!!!! .... oh wait sorry. No, these are pictures from a Kenny Chesney concert tailgate. Whoops,” Johnson said on Twitter on May 31. In the tweet, Johnson shared pictures of trash, property and other debris in the aftermath of fights in the parking lot of Heinz Field in Pittsburgh before a Chesney concert in 2013. That night ended with 75 arrests, 150 people treated by medics and 45 people taken to hospitals (a 2016 concert by the country artist at the same location resulted in 48 tons of trash left in the stadium parking lot and also involved fights and dozens of people cited for underaged drinking).

PPG decided that her actions were worthy of story revisions throughout the paper’s website. Management ordered her not to cover any more stories about the protests in Pittsburgh while taking away bylines, rewriting stories and switching the artwork for the stories with pictures that painted local police in a better light.

In a statement, NewsGuild-CWA President Jon Schleuss accused PPG management of punishing Johnson for “reporting while Black” and also accused them of waging war against their own employees.

“While the city is 23% Black, less than 10% of the Guild staff is,” stated Schleuss. “Our newsrooms must look like our communities if we hope to report the news fairly and gain the respect of our communities. That’s a righteous fight being waged by thousands of journalists across The NewsGuild.”

Stories by other writers, who tweeted their support for Johnson with the hashtag #IStandWithAlexis, were revised and re-uploaded by non-union employees with no bylines and different artwork. In some stories, pictures of protesters were replaced by pictures of police officers kneeling with protesters. This meant that staff photographers wouldn’t have their work posted online.

PPG’s union has gone 14 years without a new contract and negotiations for a new one ended more than three years ago.

“We will continue to serve our community, even as the Blocks and Burris attempt to stand in the way of our commitment to our calling as journalists,” stated Newspaper Guild of Pittsburgh President Michael A. Fuoco. “We hope and pray that the Blocks and Burris come to their senses before they permanently destroy an iconic newspaper whose roots go back to reporting on passage of the U.S. Constitution.”

The Newspaper Guild of Pittsburgh released a statement demanding that PPG management stop discrimination and retaliating against its writers.

“Management’s actions have nationally embarrassed and demeaned a Pulitzer-Prize winning newspaper,” read the guild’s statement. Statements of condemnation have been issued by the local’s parent unions, the Communication Workers of America and the NewsGuild and the National Association of Black Journalists, among others.

One of those others was U.S. Senator Bob Casey of Pennsylvania who tweeted his support for Johnson and denounced PPG.

“I stand in solidarity with the Black journalists who have been barred by the Pittsburgh Post-Gazette from covering protests,” tweeted Casey. “Silencing Black voices is never okay, but especially during such an (sic) critical time for civil rights in our Nation. #IStandWithAlexis”