‘Taste the Nation with Padma Lakshmi’ starting June 19 on Hulu 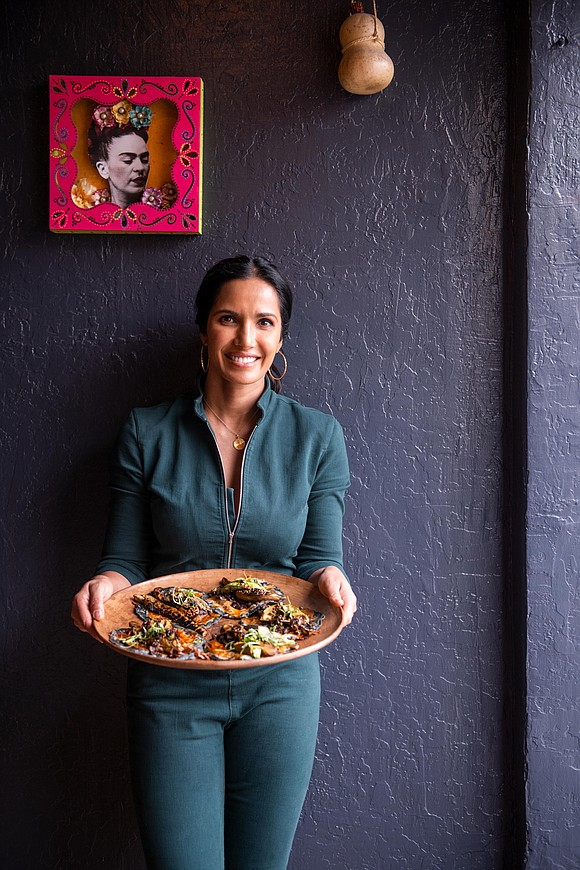 “Taste the Nation with Padma Lakshmi”

Hulu’s new series “Taste the Nation with Padma Lakshmi,” executive produced by award-winning cookbook author and host Padma Lakshmi, has hit it out of the park with its new show.

It’s a delicious treat from start to finish. In it, she takes audiences on a journey across America, exploring the rich and diverse food cultures of various immigrant groups, seeking out the people who have so heavily shaped what American food is today.

From indigenous and often forgotten communities to recent immigrant arrivals dealing with prejudice and government changes, Lakshmi breaks bread with Americans across the nation to uncover the roots and relationship between our food, our humanity, and our history, ultimately revealing stories that challenge notions of identity, belonging, and what it means to be American.

In the first episode, titled “Burritos at the Border,” Lakshmi takes a journey through El Paso which was once a part of Mexico. Its border location defines the region’s identity and the complexity of America’s political landscape. Keeping an open mind, heart, and mouth, Lakshmi eats her way through this border city while discovering the origins of one of America’s most beloved cuisines.

Pressing into our shared humanity and using food as our connector, one El Paso customer remarked that it’s “hard to believe that people are going to accept my tortillas before they accept my cousins.”

El Paso was once part of Mexico. Its border location defines the region’s identity and the complexity of America’s political landscape. Lakshmi eats her way through this border city while discovering the origins of one of America’s most beloved cuisines.

Hot dogs, hamburgers, pretzels…Many think these foods are quintessentially American, but their origins are German. In Milwaukee, Padma meets descendants of early German immigrants who hold on to their heritage by celebrating and reclaiming it.

Lakshmi asks family, friends, and those she admires how they hold onto Indian culture and pass it to the next generation. In NYC, she cooks the dishes that remind her of her original home and tastes Indian foods near her current home.

The Gullah Geechee people of South Carolina are fighting to preserve the traditions passed down from their ancestors, West Africans forced into slavery. Lakshmi catches and cracks crab with new friends and old, all working towards reclaiming their heritage.

Chinese food is one of the most popular cuisines in the U.S., but the flavors of a vast country have been simplified over time. In San Francisco, Padma explores how Chinese immigrants and Chinese-Americans are broadening our understanding of this cuisine.

Lakshmi tastes her way through Los Angeles, sampling one of her favorite cuisines: Persian food. The community opens up about the misconceptions some Americans have about Iranians, one kebab at a time.

What is the original American cuisine? Lakshmi travels to Arizona to eat food that is indigenous to this land. She tries some surprising dishes and explores how Native Americans seek to reestablish a connection to the past to protect their future.

Peruvian cuisine hasn’t quite had its moment on the American food scene, but Lakshmi knows the power of a great bowl of ceviche. She visits Paterson, New Jersey, a Peruvian enclave, for a deeper look at this vibrant culture.

Las Vegas is home to one of the largest groups of Thai immigrants in the country, many of whom were women who came here after marrying American soldiers during the Vietnam War. Lakshmi hears their stories over delicious food—Pad Thai is just the start.

Lakshmi dives into Japanese culture, ubiquitous in Honolulu, to understand just how far their cultural footprint reaches. She slings fish and rolls sushi where a century and a half ago Japanese immigrants first docked on Hawaii’s shores.