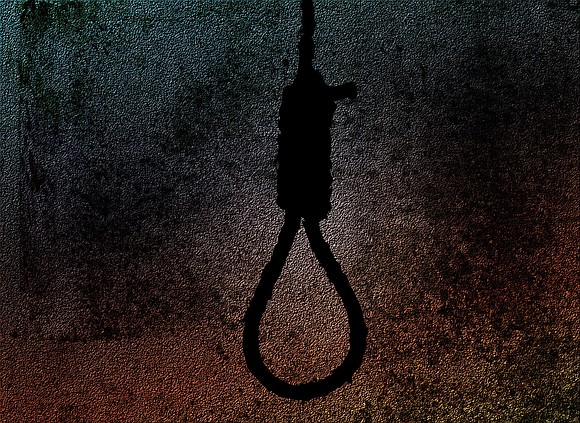 This story was originally published on June, 15 2020 by THE CITY. Sign up here to get the latest stories from THE CITY delivered to you each morning.

Someone hung a noose inside Marcus Garvey Park — and now the NYPD is trying to figure out who put up the symbol of hate in the heart of the Harlem oasis.

THE CITY received a photo of the noose, which appears to be affixed to a tree next to the upper reaches of the old Mount Morris fire tower. The structure sits in the center of the park, near Mount Morris Park West and W. 122nd Street, just east of the Richard Rodgers Amphitheater.

It’s not clear when the rope was put up. But after THE CITY sent the photo to the city Parks & Recreation Department, a parks employee took it down Monday and called police.

“We are dismayed by this incident. We immediately notified NYPD,” Megan Moriarty, a Parks Department spokesperson, wrote in an email.

Parks Department officials weren’t sure about the location of security cameras in and around the area. The police department did not respond to THE CITY’s questions about whether cameras were operating near where the noose was found.

“We are investigating,” Shelton said, noting that the Parks Department turned over the noose to the NYPD, which took it in as evidence.

The stunned park goer who spotted the noose and snapped a photo Saturday said they called 311 to report it. But it appears the 311 dispatcher did not turn the information over to anyone because neither the Parks Department nor the NYPD were aware of the noose until THE CITY inquired.

The park is named after the iconic Jamaican-born civil rights activist and journalist, Marcus Mosiah Garvey. The 47-foot cast iron tower was built in the 1850s, and serves as the location of a funeral scene in Ralph Ellison’s 1952 classic “Invisible Man.”

Designated as a city landmark in 1976, the tower was falling apart by the 1990s. The Parks Department dismantled and rebuilt it ahead of a grand reopening last year.

The discovery of the noose comes as the city is experiencing daily protests of police brutality and racial inequality following the death of George Floyd, a black man, at the hands of a white Minneapolis police officer.

In 2016, just days before the presidential election, a parks worker discovered a noose swinging from a tree in Brooklyn’s Fort Greene Park. Racist graffiti and a quote from Adolf Hitler were found scrawled nearby.

THE CITY is an independent, nonprofit news outlet dedicated to hard-hitting reporting that serves the people of New York. https://www.thecity.nyc/2020/6/15/21292217/noose-found-in-harlems-marcus-garvey-park-sparks-nypd-hate-crimes-probe