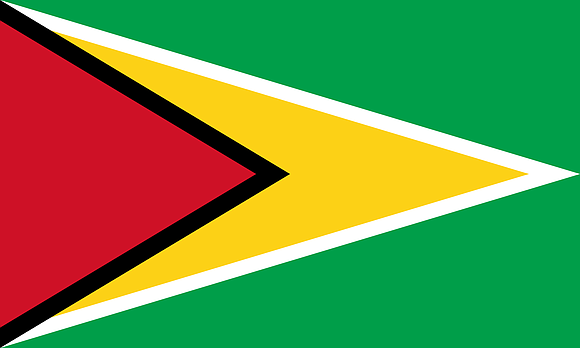 Guyana’s elections commission (Gecom) at the weekend dropped a bombshell on the country by ruling that the Caribbean Community nation’s March 2 general elections had contained so many irregularities, including dead and migrated people voting, that it has not met the basic threshold to be deemed free, fair and credible.

In a ruling that has already drawn the ire of the main opposition, Indo-supported People’s Progressive Party (PPP), Chief Executive Keith Lowenfield said there were numerous instances of fraud in all 10 electoral districts, leading him to conclude that the elections, widely considered as the most important since independence from Britain in 1966 because the country is now earning hundreds of millions of dollars from oil exports, cannot be deemed as credible. Lowenfield handed in his report to Commission Chair Claudette Singh on Saturday. The full seven-person commission will begin deliberations on the report this week and could either adopt Lowenfield’s report or vote to declare a winner or annul the elections altogether. The country is also awaiting a report from a Caribbean monitoring team that was specially invited to observe the recount and audit.

The report was handed in after the commission, the governing coalition, and the PPP had, in April, agreed to a recount and audit of the elections after international monitors like the U.S.-based Carter Center and those from the Organization of American States (OAS) had discarded the original tabulation on March 3, saying there was evidence of cheating in favor of the multiparty coalition of retired army general David Granger. This time, the commission has taken the opposite view, ruling that there were major acts of irregularities that appeared to have benefited the PPP more than any other party.

“The summation of anomalies and instances of voter impersonation identified in each district clearly does not appear to satisfy the criteria of impartiality, fairness, and compliance with provisions of the constitution and the representation of the people’s act chapter 1:03. Consequently, on the basis of the votes counted and the information furnished from the recount, it cannot be ascertained that the results for each district meet the standards of fair and credible elections,” Lowenfield said.

Reacting immediately, the PPP argued that Lowenfield has gone beyond his remit to simply tabulate the votes and not to insert his opinion into the process. It called allegations by the coalition about cheating in its traditional strongholds as simply fiction, noting, “Lowenfield has arrogated unto himself the role of an investigator, judge and executioner and made conclusive findings, in respect of the wild, reckless and baseless allegations made by coalition and rendered a judgement on them, concluding that they were established, without doing any investigations, hearing no one affected and applying principles only known to himself,” the party said in a statement.

The latest developments are expected to prolong a situation where parliament has not met for more than a year and the country is basically running with a caretaker cabinet, unable to spend on large projects because there are no legislators to vote on appropriations.

The 2020 elections are seen as the most important in two generations because Guyana is set to become one of the richest nations in the hemisphere in a decade from oil exports to the U.S. and other markets. Oil was discovered here in 2015. U.S. supermajor ExxonMobil and partners began oil production and exports in December. The country has already earned $100 million from two shipments of a million barrels of oil each this year. It is entitled to three more by year’s end.

Guyanese traditionally vote strictly along race lines, with the 34% Afro population lining up behind the coalition and 38% Guyanese of Indian descent supporting the PPP. The racial divisions are regarded as the country’s biggest bugbear.

It is unclear who will govern the country if the polls are annulled, as experts say Guyana is now in uncharted constitutional territory.