How does Jamaal Bowman stand out from the crowd? 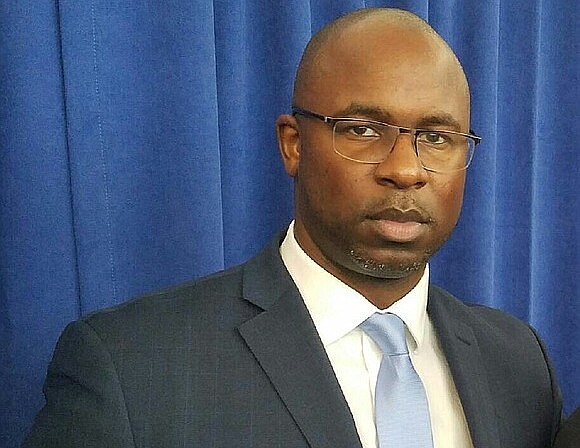 In New York’s congressional 16th district, which covers parts of the Bronx and Westchester, including Mount Vernon and New Rochelle, there is a contested race where the incumbent challenger is in danger of losing his position in office.

Congressman Eliot Engel, who has been in office for more than 30 years, is facing off against three different challengers in the June 23rd primary. Engel’s opponents in the race include Samuel Ravelo, Chris Fink and Jamaal Bowman, who the New York Amsterdam News had the chance of speaking with.

Bowman, a former middle school teacher and principal of the school he founded called Cornerstone Academy for Social Action, lives in Yonkers, one of the areas included in Engel’s district. He has received endorsements from progressive leaders such as Congresswoman Alexandria Ocasio-Cortez, Sen. Bernie Sanders and Sen. Elizabeth Warren. Andom Ghebreghiorgis, one of his former opponents, also endorsed him after dropping out of the race.

Bowman discussed with us how his experience in public housing as a kid shaped his reasoning for running in his district.

“I decided to run because I was tired of working with communities who were neglected and under-resourced due to bad policy,” Bowman said. “I saw families suffer from food and housing insecurity and a lack of opportunity, and I had experience with that myself. I was raised by a single mom, lived in public housing in a rent-stabilized apartment and I taught kids who experienced that as well.”

His policy platforms include funding early childhood education, providing a federal jobs guarantee and supporting Medicare for All. He has also vowed not to take money from corporate PACs and instead rely on small dollar donations from constituents to fund his campaign.

With the increase in protests surrounding police brutality against Black Americans, Bowman released a reconstructive platform on Sunday which addresses criminal justice reform. He mentioned that his platform has three important themes: accountability, transparency and defunding the police.

“When police officers are charged, there needs to be an independent investigation from the FBI and the Department of Justice,” Bowman said. “We need to end qualified immunity, which stops police officers from getting sued if they violate the law. There needs to be a Truth and Reconciliation Commission to talk about how racism lives in every American institutions, reparations and how to build an infrastructure that will end institutional racism.”

Many of the districts in New York are Democratic, so the June primaries are the best chance for voters to decide who they want to represent them in Congress. New York started early voting last Saturday for the June primaries. After speaking about the policy platforms he wants to implement if elected, the interview shifted to how Bowman intends to separate himself from the incumbent Democrat Engel, who recently received an endorsement from 2016 Democratic Party presidential candidate Hillary Clinton.

“Engel has been in office for 31 years and lived in Maryland for 27 out of those 31 years,” Bowman noted. “He even claimed his home in Maryland as his primary residence. During the pandemic, he has been absent and lied about being here when he has not.”

In contrast, Bowman spoke about how he’s maintained connections with voters during the pandemic, some of which he already had as a school teacher. In addition to calling seniors on landlines and holding Zoom events where constituents ask him questions about his policy platforms, he also holds panels to talk about certain issues.

“I have a series called ‘Getting (Home) Schooled with Jamaal Bowman,’ where we hired experts and activists who have experiences of issues that voters in the Bronx relate to,” Bowman said. “Our last episode talked about the CARE economy which encompasses care workers, nurses and teachers. We talked about various issues including stress and trauma.”

As a prominent challenger going up against a politician with the New York machine behind him, Bowman has a statement for the naysayers who are not taking his campaign seriously.

“I have been doing the work on the ground for the people who have been most disenfranchised from my positions as a teacher, guidance counselor, and principal,” Bowman said. “I have served my community in these positions and that’s the service I hope to bring to Washington.”