‘I Am Samuel’ doc looks at LGBTQ love in Africa 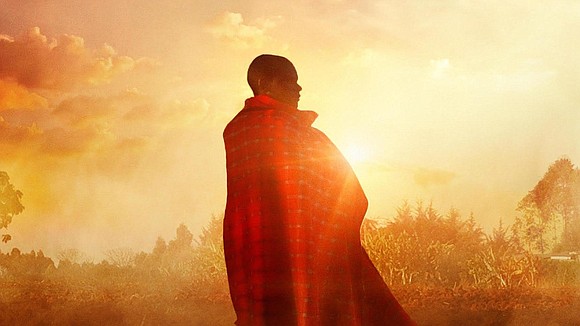 I’m often asked by members of the LGBTQ community—gay men of color to be specific—when and where will they find true love. And, pushing the question further, is true love even possible for men of color?

Well, now I have an interesting answer in the new documentary “I Am Samuel,” which is Peter Murimi’s feature directorial debut, filmed in the vérité style for five years in his home country. Murimi is a multiple award-winning Kenyan TV documentarian, who focuses on hard-hitting social issues, from extra-judicial killings to prostitution. He recently won the 2019 Rory Peck award for a news feature about suicide. His first major win was the CNN Africa Journalist of the Year Award for his intimate documentary about female genital mutilation among his Kuria community, “Walk to Womanhood” (2004). Another groundbreaking project was the film “Slum Survivors” (2007), filmed in the Kenyan capital, which won an award at the Czech Tur Ostrava film festival. Peter was a producer/director for Al Jazeera’s Africa Investigates strand, which exposes crime and corruption, with credits including “Spell of the Albino” (2011) and “Zimbabwe’s Child Exodus” (2011). Another Al Jazeera film, “Kenya’s Enemy Within” (2015), revealed the terror threat posed by homegrown al Shabaab Somali militants to Kenya.

What makes Murimi’s “I Am Samuel” so beautiful? I think because it presents love with such raw honesty that you can’t look away.

Samuel is a country boy who grew up on a farm in the Kenyan countryside, where tradition is king and queen and is valued above all else.

He relocates to Nairobi desperately in search of a new life, where he can be his authentic LGBTQ self, and there he finds his place in a vibrant, courageous community of fellow queer men and meets and falls in love with Alex.

It’s important to bring to light that Kenyan laws criminalize anyone who identifies as LGBTQ, but Samuel and Alex’s love thrives even though they face threats of violence, rejection, and death. The consistent shaming from Christians is part of Samuel’s world; in fact, his father is a preacher at the local church and he doesn’t understand why his son is not yet married.

Does love win in the face of such obstacles? “I Am Samuel” was filmed over five years and it’s wonderfully intimate. Samuel is a proud, LGBTQ Kenyan man who balances the pressures of family loyalty, love, and safety like a prince.

“I Am Samuel” is produced by We Are Not The Machine, an independent Kenyan factual and fiction production company that tells stories of outsiders, rebels, and change-makers of African descent. They provide creative production, fundraising, and service production support and regularly collaborate on shorts, features, and series with content creators from across the world.

Find out more at www.wearenotthemachine.com.