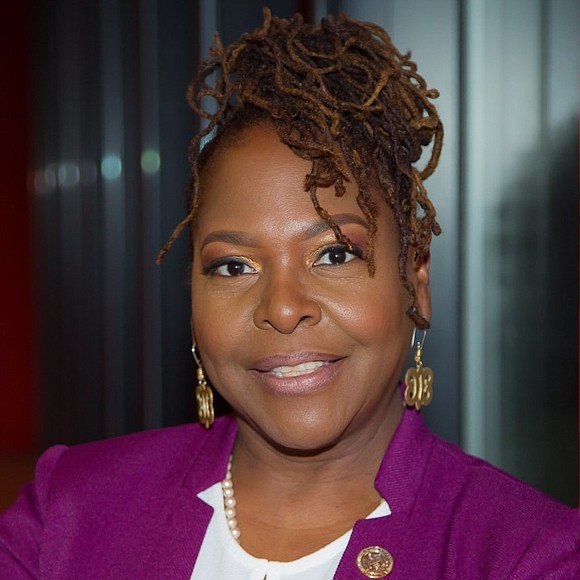 Over the past several weeks, the multiplicity of demands to “Defund the Police” in reaction to the eight minute and 46 second killing of George Floyd and slaughter of Breonna Taylor in her own home has mobilized a global movement to strip police departments of their power. A cross section of Americans now see the stark reality of Black lives in America. They have now discovered what we’ve known since before 1658, when the first police force was established in New York that Black Lives Don’t Matter when it comes to policing in our communities.

When the national report of George Floyd’s murder began to dominate the airways and social media, I refused to look at any of the three videos detailing the systematic killing of yet one more member of my race. I did not want to relive the continued massacre of a proud and beautiful people who rose from enslavement to achieve full citizenship and become world leaders. Actually, I had no bandwidth to deal with the deep rooted racism that would attempt to justify the murders of George and Breonna. You see, I’ve watched the videotapes from Rodney King and Brother Africa in LA, Tamir Rice in Cleveland, Philando Castile in Minnesota. Videos that documented police brutality and provided evidence that would have convicted a civilian but not the police. I am done––and as a race of people, we are done––dying for the perceived sin of our skin. The only new hashtag that I am supporting is #wearedonedying, as declared by the National Association for the Advancement of Colored People (NAACP), initially to expose the inequities embedded into the American healthcare system but it is now a call to action for police reform.

I am a silver-life member of the Brooklyn Branch of the NAACP who has served as a member-at-large to the executive board and chair of civic engagement focused on justice and equity. As conscious Black people, we are planting our boots on the ground, occupying space, and declaring our freedom from tyranny once and for all. This is why #defundthepolice doesn’t get to the core of the issue for me. I fully supported investing money in education and social service programs instead of weaponizing the police. A Tulane Law Review study states that America is in its fourth wave of racism and as such, it is near impossible to train those engrained thoughts out of the American psyche. Therefore, the study recommends that Black and Brown people devise systems to limit our exposure to the police. My ten point plan includes the development of a Black-led community policing model that centers our safety and protection, proposed legislation, and limits our exposure to armed law enforcement and/or those police officers who hold a racist ideology. It is based on a philosophy of transforming the New York Police Department (NYPD) into a humane, community-sensitive, crime prevention institution.

As Black and Brown and Gay and Trans people, we must permeate the culture of the NYPD and ensure that our model for community policing is first vetted by the community. The tenets of my plan include: 1. Adhering to our underlying philosophy 2. Ensuring that the plan is representative of the community (i.e., Bedford Stuyvesant and Crown Heights is predominantly Black) 3. Prioritizing youth, elder and LGBTQ participation at all levels. Here is my 10-point Plan for Protecting and Serving Bedford Stuyvesant and Crown Heights! 1. Encourage members of our community to become “the force” that protects and serves us with courtesy, professionalism and respect. Our youth can become NYPD Youth Explorers and other civic-minded residents can form block by block protection units or join the auxiliary police, which will serve as the “eyes and ears” of our neighborhood. 2. Limit civilian interaction with the police by hiring/assigning mental health professionals and violence interrupters to respond to low level crimes including unarmed domestic and community disputes and violence. 3. Defund the criminal defense of police officers accused of murdering or assaulting civilians and invest in education, summer youth employment and social service programs. New Yorkers spent $230 million settling lawsuits against cops accused of misconduct. 4. Expand the community policing model by investing in community court, drug court and youth court programs and de-escalation and restorative justice training for civilians and the police. 5. Replace police in our schools with trained violence interrupters and unarmed school safety agents, pass the Solutions Not Suspensions bill (S767/A1981b) to reform the school suspension system and end the school to prison pipeline. 6. Screen all new hires for implicit bias and upgrade the psychological screening test to ensure people with racial prejudices don’t become cops. Require regular mental health screenings for all police officers. 7. Institute residency requirements to ensure police officers live in our community before being hired to serve us. Officers should serve a mandatory two years in the Community Affairs Unit or as a Neighborhood Coordinating Officer. 8. Decentralize power from 1 Police Plaza and reverse the consolidation of Transit, Housing and other police units to allow officers to build relationships and partnerships with the communities they serve. 9. Support the funding and full implementation of the #SaferNYAct, which includes: the Police Statistics and Transparency (STAT) Act, codifying and strengthening the Special Prosecutor executive order, reducing Unnecessary Arrests for low-level, ticketable offenses. 10. Create a commission to evaluate penal code and identify and repeal low level offenses that are weaponized as enforcement tools for the police and replace punitive measures with restorative justice solutions.

Stefani L. Zinerman is third generation Bed-Stuy resident, community activist and candidate for the 56th Assembly District representing Bedford Stuyvesant and Crown Heights. While working at the New York City Council, she was instrumental in implementing the District 36 Safe Stop Program in collaboration with the District Attorney’s Office, Merchants, CBO’s and the NYPD to provide safe haven in commercial stores to anyone who feels unsafe while in the district. She is also a founding member of the Anti-bullying Partnership at Interfaith Medical Center and continues to help coordinate National Night Out Against Crime. Stefani is a strong proponent of community engagement and volunteerism and is endorsed by the Auxiliary Police Benevolent Association for her belief that residents can and should be trained to police their own neighborhoods.