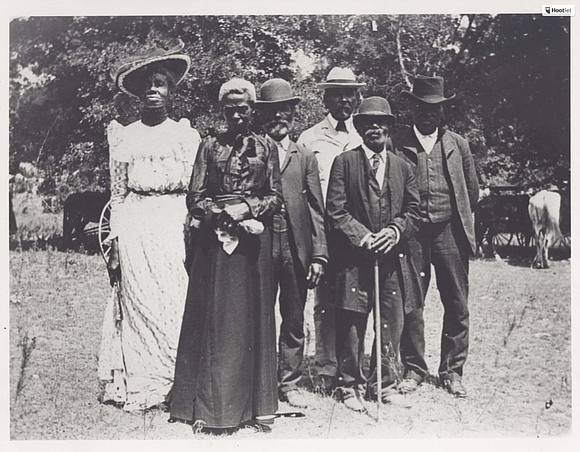 June 19 is known as Freedom Day, Emancipation Day and Juneteenth.

It was on that day in 1865 that Union soldiers, led by Maj. Gen. Gordon Granger, made their way to Texas, where the last of the nation's slaves were held. He announced in Galveston that the Civil War had ended and they were finally free. President Abraham Lincoln's Emancipation Proclamation had become official more than two and a half years earlier on Jan. 1, 1863, but Texas' slaves were the last to know.

Lincoln's Emancipation was issued as the country was in the throes of the Civil War, leaving few soldiers available to "enforce" the president's executive order. Southern slaveholders were not ready to release their property. However, with the surrender of Confederate Gen. Robert E. Lee officially ending the war and the arrival of Granger's regiment, Texas was forced to finally free its slaves. But why did it take more than two and a half years?

There are three theories that have been handed down over the years. The most popular is that a messenger sent to deliver the news was murdered on the way to Texas, but why would a single messenger be sent to deliver such an important order? Another theory is that the news was deliberately withheld to maintain the workforce on Texas plantations. Still another story is that federal troops purposefully sat on the news to allow plantation owners to harvest one last cotton crop before enforcing Lincoln's executive order.

Juneteenth celebrations held across the city

Granger read General Order No. 3: "The people of Texas are informed that in accordance with a Proclamation from the Executive of the United States, all slaves are free. This involves an absolute equality of rights and rights of property between former masters and slaves, and the connection heretofore existing between them becomes that between employer and hired labor. The freedmen are advised to remain quietly at their present homes and work for wages. They are informed that they will not be allowed to collect at military posts and that they will not be supported in idleness either there or elsewhere."

Former slaves were overjoyed while their former masters were in shock. Even with nowhere to go, newly freed Blacks quickly left the plantations. Many headed north to start new lives while others headed to the neighboring states of Louisiana, Arkansas and Oklahoma.

Juneteenth marked the celebration of long-awaited freedom and would become one of our most joyous and important cultural events, with many elements of those early celebrations still a part of our modern-day festivities.

GETTING THE PARTY STARTED

The main focus of the Juneteenth celebration is on education and self-improvement, but what's a celebration without family, fun and food?

Everyone brought a dish to share, but you couldn't have a Juneteenth celebration without strawberry soda and a barbecue pit full of pork, lamb and beef. In Texas and some other Southern states, the traditional drink on Juneteenth is Big Red soda. This variety of cream soda is a sweet soft drink flavored with orange and lemon oils and vanilla. It is available in different flavors with or without caffeine and sugar.

Besides the chance to relax and catch up with friends and family, there were a host of activities to enjoy like horseback riding and fishing.

Juneteenth was also an occasion to dress up. During early celebrations, former slaves threw their ragged clothes into the creeks and rivers and wore new garments taken from their former plantations.

Juneteenth celebrations were usually held in rural areas or on church grounds. Eventually, as Blacks became landowners, special areas were dedicated for the celebrations. One of the first land purchases for Juneteenth was organized by the Rev. Jack Yates. This former slave and pastor organized a fundraiser to purchase Emancipation Park in Houston, Texas. In 1898, Booker T. Washington Park in Mexia, Texas, became an official Juneteenth celebration site, with some 20,000 people visiting in one week, making it one of the state's largest celebrations.

Juneteenth remained popular and continued to thrive and grow, but by the early 1900s, there was a decline, mostly due to economic and cultural changes.

Hard times forced many Blacks to head North to find work. Urban life made it hard to celebrate unless the date fell on a weekend. The importance of Granger's announcement on June 19 became buried even deeper when July 4 was established as the day of national independence.

The Poor People's Campaign in Washington, D.C., led to a renewed interest in Juneteenth. Many of those who attended the historic march returned home eager to celebrate Black culture. Juneteenth celebrations began happening in places where they never had before. Two of the largest such celebrations are now held in Milwaukee and Minneapolis. In 1980, Juneteenth became an official state holiday in Texas, thanks to the efforts of Sen. Al Edwards.

Today, Juneteenth is celebrated throughout the country as a full or partial state holiday, with local and national organizers picking up the mantle of promoting African-American history and culture. There is a campaign to make Juneteenth a national holiday.

On June 19, take a moment to remember our ancestors and the price they paid for the freedoms we enjoy today. Remember our great history of culture, courage and triumph. Juneteenth is a day to celebrate family, friends, culture and community.