MLB writes another chapter in its history of labor disputes 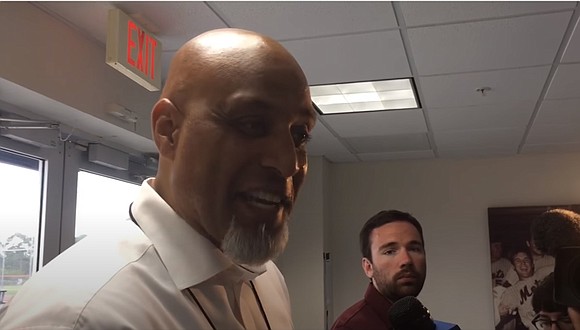 Major League Baseball’s battles between players and owners dates back to its founding 117 years ago. Yet its first work stoppage didn’t occur until 1972, when players went on strike primarily over the structure of their pension fund.

The league’s last interruption due to labor strife was in 1994, when the players’ strike ended the season in August, ultimately causing a cancellation of the World Series. The league didn’t resume games again until April 25, 1995, starting an entirely new season. Many close observers of MLB contend the sport didn’t regain its stature as so-called America’s Pastime until the steroid-fueled chase of Roger Maris’ single-season home record between Mark McGuire and Sammy Sosa in 1998.

Ironically, the once romanticized McGuire-Sosa battle ultimately came to symbolize one of baseball’s most infamous periods known as the Steroid Era. The 2020 season has yet to commence, but it wasn’t player-owner differences that initially delayed Opening Day. Like almost every global industry, the novel coronavirus was the determinant, causing a halt of spring training this past March and then the postponement of MLB’s annual premiere.

However, history has repeated itself, and the coronavirus, while still very much a factor in how the mechanics of baseball’s return will be applied, has given way to the ever lurking dividing force of economics. Both the players and owners are seeking to secure a favorable percentage of money in a shortened season. The disparity in what players should receive threatens to create the same result experienced in 1994, with the distinction being possibly no games played this season if the factions cannot come to an agreement soon.

The essential sticking point is owners are proposing to pay players just one-third of their 2020 salary. The players are seeking full prorated salaries based on the eventual number of games played. The fight is setting the stage for the negotiations on a new collective bargaining agreement between the owners and players next winter when the current deal expires on December 21.

“I’m not confident,” said MLB Commissioner Rob Manfred on Monday night regarding having a season while speaking on ESPN’s “The Return of Sports” feature. “I think there’s real risk…

“It’s just a disaster for our game, absolutely no question about it. It shouldn’t be happening, and it’s important that we find a way to get past it and get the game back on the field for the benefit of our fans.”

Former Yankee Tony Clark, the MLB Players’ Association president, placed the accountability on the owners and commissioner. “Players are disgusted that after Rob Manfred unequivocally told players and fans that there would ‘100%’ be a 2020 season, he has decided to go back on his word and is now threatening to cancel the entire season,” Clark put forth in reply to Manfred’s interview on ESPN.

“This latest threat is just one more indication that Major League Baseball has been negotiating in bad faith since the beginning,” expanded Clark. “This has always been about extracting additional pay cuts from players and this is just another day and another bad faith tactic in their ongoing campaign.”

In the face of all the rhetoric, coronavirus and financial interests have palpably exacted an emotional toll on ardent fans’ desire for baseball’s comeback.