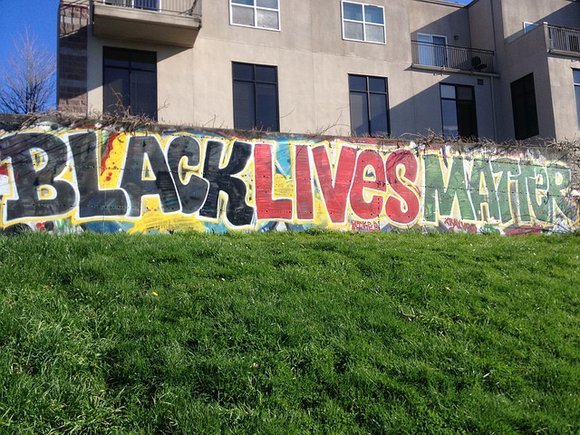 SEIU has thrown their support behind the Black Lives Matter movement. The union passed a resolution demanding an end to the “War on Black People.” This comes after the recent murders of Ahmaud Arbery, Breonna Taylor, Tony McDade, George Floyd and Rayshard Brooks.

“I am heartbroken and outraged that yet another Black man has died as the result of an encounter with law enforcement,” stated SEIU International Pres. Mary Kay Henry. “I hear from SEIU members every day who tell me they are sick and tired of being sick and tired. I was brought to tears on Wednesday as a member told me about how her 11-year old son was harassed by the police.

“SEIU stands against anti-Black structural racism in every form, and we believe that until Black communities and other communities of color are safe and can thrive, we will not have justice for all in this country,” continued Henry.

Rayshard Brooks was recently murdered in Atlanta during a confrontation with police outside of his car. Brooks was woken up by police after an employee at a nearby Wendy’s called the police on Brooks because he was sleeping in his car and blocking the fast food’s drive-thru window. Coupled with the recent police-related killings of Black people, people have risen up in protest.

As part of the SEIU’s resolution, the union promises to mobilize and demonstrate alongside Black Lives Matters activists, provide material support, work with BLM together to “hold corporations accountable,” and work within the labor movement to build solidarity around racial justice. According to Henry, this will happen at the local, state and federal levels.

From police killings to health care, Black people have felt the brunt of what 2020 has offered with COVID-19 decimating Black and Brown Americans. Rita Lewis, an RN at San Quentin State Prison, said that the everyday struggle in the prison is similar to the struggle outside the bars.

“My patients are a constant reminder of the great inequities our communities face in America,” stated Lewis. “At the heart of that is unequal access to quality health care, mental health services, education, safe neighborhoods, nutrition, and housing. Those who end up suffering the most are our Black and Brown communities. That’s why the issue of racial justice needs to be at the forefront of all of our fights.

“...The reality is, we can’t move forward together until we address it,” concluded Lewis.

SEIU officials said that the intersection of COVID-19, systemic racism, corporate exploitation and the fight for minimum wage have added weight to the movement for justice. Henry hopes that justice could at least be met for those recently killed by police.

“Justice for Rayshard Brooks means conducting a fair and transparent investigation, holding the involved officers accountable for any wrong-doing found, and making bold systemic changes that reimagine the role of police and the criminal justice system,” said Henry.