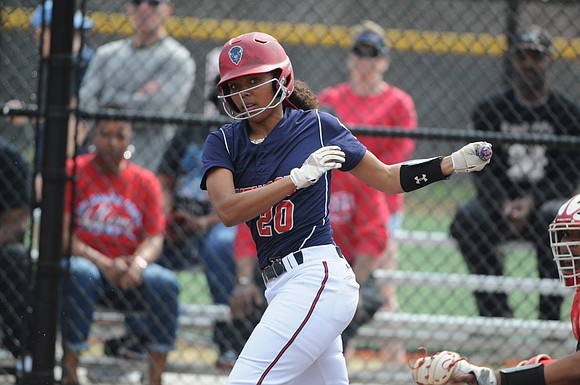 Growing up in Southern California and attending college at the University of Nebraska-Lincoln, Howard University softball coach Tori Tyson, 30, grew accustomed to playing on teams on which there were few Black girls. Her first coaching job was at Bethune-Cookman University, and she immediately fell in love with HBCU culture. To now be the head coach of a predominantly African American team inspires her every day.

“Softball is one of the fastest growing sports,” she added. “It is important that girls see girls that look like them playing the sport. I try to send us to places where we can play on TV. … Us being able to do that in the softball world is so dynamic and special.”

The 2020 season wasn’t going particularly well, and then it was cut short due to COVID-19, but Tyson is confident that given time the team will do amazing things. She said Kalita Dennis, who just finished her sophomore year, is one of the best players in the country and she takes pride in bringing national recognition to Howard.

“These kids realize the value in Howard University,” said Tyson. “They believe in the vision that we have at the program. Those kids thrive here…and take pride in being minority women in the sport.”

This is Tyson’s first head coaching assignment. She takes time to let the players know her and what she’s about. Her father, Marty Tyson, played professional baseball with the Chicago Cubs. After becoming a father to four daughters, he took his oldest daughter to play tee-ball and didn’t like the way they were training, so he began training her in softball. He’s become one of the top travel softball coaches. His Corona Angels have known considerable success and many of his players go on to play in college, including Tyson and two of her sisters.

“We all kind of followed in the footsteps of my dad,” said Tyson. “Softball was always in us. It was our family sport.”

During this challenging time where student-athletes aren’t on campus, Tyson is keeping her Howard players motivated with regular check-ins. She does Zoom calls on Fridays where they meet former stars of softball, like Veronica Nelson, who talk about their journeys.

“It’s inspiring our athletes to want to be great,” Tyson said. “I believe I have some bright young women who are going to change the world.”