WNBA announces plans for the 2020 season 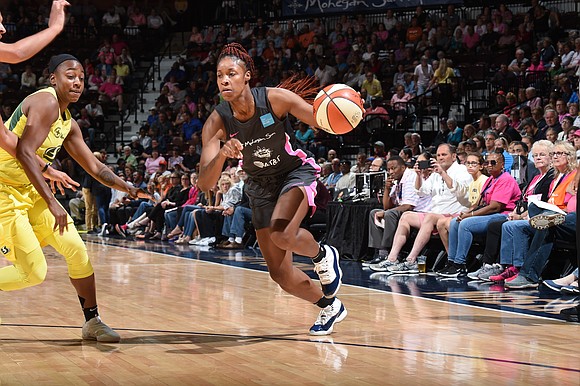 On June 15, the WNBA announced there will be a 2020 season. Details and dates are being finalized, but the season will commence sometime in July. All training and games will take place at IMG Academy in Bradenton, Florida. Medical protocols and protections will be strict. The 12 WNBA teams will play a 22-game regular season followed by a traditional playoff format.

While it comes as a relief to fans of the league and the health of the players is of the utmost concern, it is disappointing that they won’t be playing in front of fans. That feels like an especially hard hit for New York Liberty fans, who were excited to see the team return to New York City and start its next chapter in Brooklyn.

For WNBA players, the announcement was welcome news. Natisha Hiedeman of the Connecticut Sun said this is the longest she’s been away from organized basketball since she started playing as a kid. Hiedeman has been sheltering in place at home in Wisconsin and spent the time on individual workouts, trying to address her weaknesses.

“It’s been hard for a lot of athletes; we’re so used to playing and being with our teammates and surrounded by our coaches,” said Hiedeman, who played in Sweden during the off-season. “I’ve worked on ball-handling, footwork and stretching. As I’m getting older, I realize how important stretching is.”

Sun player Bria Holmes has been working out five days a week with her strength and conditioning trainer and her basketball trainer. “Luckily, I was still able to work out during this time off,” said Holmes, who played overseas for a brief time during the off-season. “I’ve been working on moves, finishing around the rim, shooting, dribbling, everything I can possibly work on. It’s been tough, but I’ve been grinding it out.”

Although this unique season will look and feel different, the WNBA affirmed its commitment to social justice issues and promised to support players in launching a social justice platform. In recent weeks, players have been vocal about #BlackLivesMatter, last week posting an Instagram video with more than 80 players proclaiming, “My life matters.”

“When we can use our platform to voice how we feel, it goes a long way and it’s powerful and meaningful,” said Hiedeman, who appeared in the video. “People really see how we feel…Being in the WNBA gives me a louder voice, and I have to use it.”