Racism: Part of the American story 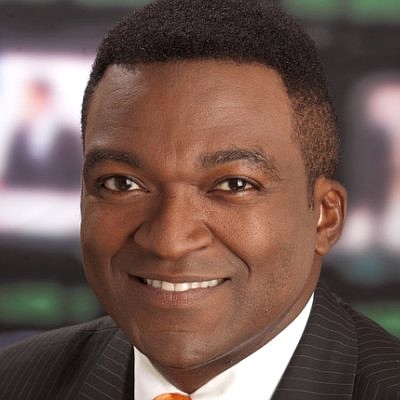 The images and portrayals of this seismic wave of protests during the past two weeks are unfortunately not new to me. Both as a journalist and as a Black man in America, sadly, I have seen this play before. As you know, the list of names preceding George Floyd, that have generated outrage over police and white violence against black people is too long. Specifically, what is also not new, is the reverse depiction of violence in the entire movement for stopping these crimes against us. Yes, some news outlets have pointed out the rioting, and the looting is a small part of this cry for justice and dignity. But the damage is done. Even in benign business and social emails, I will see usage of words like "riots," "violent," and "scary."

I, in no way, condone the looting, rioting or violent acts recently attributed to a minority of people, some of whom quite frankly are white provocateurs and petty, disconnected thieves. That being said, people should not have selective memory about the language of violence in America. Long before black and brown people were accused of burning down or looting Minneapolis, Los Angeles, or any other city, white America wrote the playbook.

In the first case of highly publicized police brutality recorded in North America, white people were rioting against the authority they believed was oppressing them. The Boston Massacre of 1770 started because a British soldier didn't pay a shopkeeper for a small item. Sound familiar? It is also ironic that among the five people who were shot and killed a black male victim was the one vilified. John Adams defended the military police officers accused and described Crispus Attucks as a "stout Molatto fellow" whose looks were "enough to terrify any person" and "whose mad behavior" was chiefly responsible for "the dreadful carnage of that night." So even before America was America, society was re-writing history and disowning their own responsibility.

Through much of the 18th and 19th centuries, while blacks were subjugated either on plantations or during the era of Jim Crow, angry white people rioted, looted and burned, when the were unhappy with the system. Go to Wikipedia and type in the word “riots” and you will see the extensive list of riots that have taken place in the world for two hundred years. https://en.wikipedia.org/wiki/List_of_riots

The majority of these violent events took place in the United States and include some of the more notable acts of white civil depravity. The New York Draft riot of 1863 and the Tulsa Race Massacre of 1921, are just two examples where angry white people, rioted, looted, burned and lynched any black person they could get their hands on. You don't read about those in the history books as the dominant sector of American society seeks to maintain a specific image of superiority.

I lived in Tulsa, Oklahoma, for a year, and no black person spoke of this infamous massacre. There was no memorial, even though a town of ten thousand people were brutalized and murdered over several days. The military dropped bombs on U.S. citizens, but only recently has this sordid example of white violence been reconciled with the destruction of the once-thriving community of Black Wall Street.