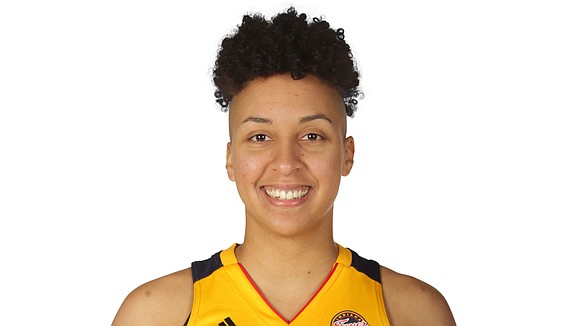 With the plans for the 2020 WNBA season moving forward, the New York Liberty is now participating in and hosting events for its fans. Guard Layshia Clarendon, who signed with the Liberty as a free agent during the off-season, has stepped up to share her opinions on issues of importance to her.

Last week, she took part in the Liberty’s Juneteenth panel, Freedom, Justice, Equality and the Power of Our Vote. This week she is sharing her voice during several Pride events, including Say It Loud: LGBTQ+ Sports Activism and today’s In Conversation with Glennon Doyle.

“The opportunity to stay engaged is really important,” said Clarendon, who at 29 is the senior most player on the Liberty roster. “I always want to educate and raise awareness and talk about these issues. It’s really cool that the Liberty has made it really easy this year. They’re putting on so many awesome functions that I can plug into.”

Clarendon is proud to be identified as an activist and organizer. While she’s disappointed not to be playing in Brooklyn this summer, she is happy there will be a season after missing much of last year due to ankle surgery. During the off-season, she got back into shape playing with USA Basketball during the fall and winter.

“It means a lot to me to live somewhere I don’t look like the only weirdo walking down the street,” Clarendon said. Several factors played into her decision to sign with the Liberty, including having previously trained with coach Walt Hopkins. The Liberty provided her with “opportunity, role, salary, players, coaching staff and the overall organization and location.” She knows the style of play Hopkins will implement and she trusts him from a coaching perspective.

Over the next couple of weeks, WNBA players will be deciding whether they want to play this season, which will take place entirely at IMG Academy in Bradenton, Florida. The first big name player to opt out was Connecticut Sun forward Jonquel Jones, 2019 All-WNBA Second Team.

“It’s a really personal decision. You have to make whatever choice is best for you and your family. There’s no easy decision. I have respect for people who decide either way,” said Clarendon, who will play. Her wife, Jessica, will not accompany her to Florida. The time apart will be difficult.

“It’s definitely a bittersweet moment. I finally get to go play—especially coming off my injury—but knowing you have to be isolated from friends and family,” she said. “I’m really excited we still have an opportunity to play."