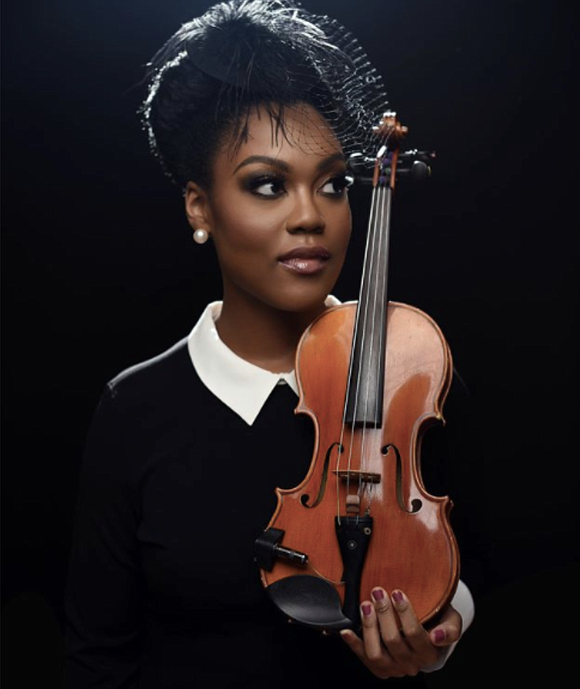 Last Week (June 13) the Keystone Korner jazz club in Baltimore, Maryland opened its doors for the first time since closing three months ago due to the onslaught of COVID-19. With the virus still controlling the air and movement of people, the club opened not to customers but to the vibraphonists Joe Locke and Warren Wolf in a duo live performance stream.

It was my first time seeing these two dynamic musicians perform together, although Locke pointed out they had performed together at least four times prior. “Wolf and I always play different music and its always rewarding,” said Locke during a phone interview. The duo played a variety of tunes from “Sophisticated Ladies” with Wolf on a mean solo as Locke accompanied on piano to Wolf playing piano as Locke soared on “Quiet Moments.”

“It was a trip playing without an audience but we played like they were there,” explained Locke. “But you miss that live feedback. It’s like taping a television concert with no audience response.” The only people present were the soundman, video guy and owner Todd Barkan, who opened and closed the show.

It was a pleasant surprise to see that both Locke and Wolf play piano. “I played piano first,” says Locke “But it was too much homework. Too much to study. I found my voice with the vibes but playing piano is a nice change of color. Playing piano is like having an orchestra at your finger-tips.”

“It was great to finally hear those words you can reopen again,” said Keystone Korner’s owner and NEA Jazz Master Todd Barkan. “You can’t see my face but I have a big smile. Like all the other jazz clubs in the country we’re just trying to hang in there and make the world safe for Bebop.”

There are new mandates to follow when Keystone reopens. “We will be following all the rules come Thursday,” explained Barkan. We will be opening to 50% capacity––which for us is 80 seats. We have set up plexiglass partitions between the booths, so we are ready.” Barkan says their live performance streaming will become a permanent part of their program. “This virus has created a new paradigm and we are obligated to have alternate audiences for people, who are COVD-19 shy and develop hopefully an international audience,” said Barkan.

In this pandemic era it seems performing from home or in an empty venue will be the new norm. With so much free time musicians are finding alternative situations and re-evaluating. The vibraphonist Joe Locke says, “I am spending money to upgrade my equipment. I am getting into this technology. With home performances it necessitates having equipment that will allow you to be heard, good sound is essential.” Recently, he played the Pittsburg Jazz Festival at home “and they paid. It’s good to see the larger festivals are still proceeding with the music and paying musicians even though we are not leaving the house. Unfortunately, this is through no fault of ours which they understand.”

Aside from teaching four classes online for the Royal Academy of Music in London which he would ordinarily teach in person if not for the pandemic; he has been writing music. “I was so upset and angry about the terrible killing of George Floyd I had to write a piece,” said Locke. “I wrote lyrics based on ‘I Can’t Breathe’ with Jimi Hendrix’s version of ‘All Along the Watch Tower’ and connected it with everything that is going on now.” For the recording Locke has spoken with an all-star cast of musicians including a few outside of the country. Since contracts have not been signed, I am not at liberty to give names but you know a few. So stay tuned.

The NYC team of artists known as Live From Our Living Rooms were so successful with their first online jazz festival and fundraiser of the COVID-19 pandemic they are expanding beyond the Big Apple to partner with the DC Jazz Festival for nine days of in-home performances by an eclectic group of jazz musicians. The DCJazzFest From Home presented by Live From Our Living Rooms began on June 21 and runs thru June 29. All events are raising relief funds for DC area musicians who have lost their primary source of income due to the pandemic. Events will be available for replay until June 30.

A partial list of musicians performing from home will include, on June 25 at 7 p.m., the violin and viola playing songstress Chelsey Green. The native of Houston, who holds a PhD in musical arts weaves her traditional classical technique with enticing songs from soul to jazz and gospel. Marcus Strickland the former young gun, who has since become a prominent definitive of saxophone hipness (from traditional to the in of out) performs on June 26 at 8:30 p.m.; vibraphonist Warren Wolf hits on June 27, at 8:30 p.m.; bassist Tarus Mateen whose played with everyone from Bobbi Humphrey to Kenny Barron, Rodney Kendrick, Betty Carter, Nasheet Waits, Ice Cube, Lauryn Hill and The Roots joins forces with drummer Dana Hawkins and DC native soul vocalist Tamika Love Jones on June 28 at 7 p.m.; followed by the saxophonist for all seasons Joe Lovano joins vocalist Judi Silvano at 8:30 p.m.

“We are the musicians who felt the need to support our community in the wake of the COVID-19 pandemic. Our inspiration to partner with DCJazzFest to present their From Home Series grew from the success of our first online festival & fundraiser, which we concluded in April after raising $59k from which we were able to allocate 65 performance grants to struggling NYC musicians. Our goal is to foster collaboration and inspiration and facilitate ways to stay connected through music,” explained vocalists Thana Alexa, Sirintip, and saxophonist Owen Broader (organizers Live From Our Living Rooms).

For a complete listing and how to view these performances visit the website https://www.livefromourlivingrooms.com/dcjazzfest.