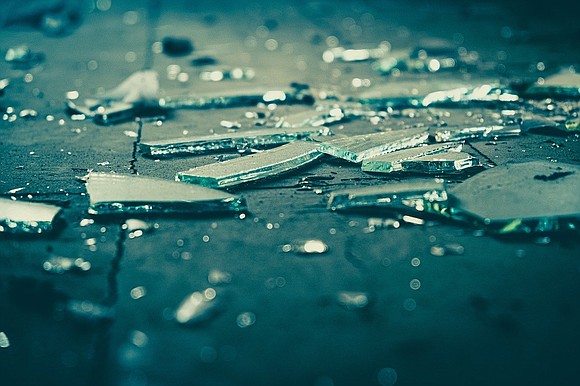 For the past couple of weeks, the ruthless disheartened “nonchalant” murder of George Floyd by ex-police officer Derek Chauvin (along with his three co-conspirators also now ex-policemen) has sparked protests from the site of Floyd’s murder in Minneapolis, Minn. to California, New York City, West Palm Beach, Fla., Washington, D.C., Savannah, Ga. to Europe, Japan and Australia.

As peaceful protests gripped U.S. cities, fires and looting began to take place. For the next few days, looting became the top news story around the world. Looters should always be called out and admonished but there is no reason why these actions should be synonymous with rioting and Black people dating back to the 1960s Civil Rights Movement. It was Dr. Martin Luther King Jr. who stated, “A riot is the language of the unheard.”

The Merriam Webster Dictionary describes looting or looters as: to rob on a large scale and usually by violence or corruption; illicit gains by public officials; goods, especially private property, taken from an enemy in war; to despoil by taking loot; plunder or pillage (a city, house, etc.), as in war; to rob, as by burglary or corrupt activity in public office: to loot anything taken by dishonesty, force, stealth, etc.

The definition of looters describes the actions of what the United States government and white citizens have been doing to American Blacks from slavery to this very moment. Racial violence like the American flag is a fabric woven into societal existence like institutional racism. In the United States, the importance of land has always served as a motive for lynchings and white mob attacks on Blacks which was an extreme form of looting and the first acts of terrorism in the U.S. Aside from slavery the most egregious act of terrorism and looting by the United States government and its white settlers were the attempted annihilation of Native Americans in an attempt to steal their land which was damn near all of America.

In December 2001, the Associated Press documented 57 violent land takings in an 18-month investigation of Black land (more than 24,000 acres of farm and timber land plus 85 smaller properties, including houses, stores and city lots) loss in America. In these cases of land looting, Black landowners were cheated out of their land or driven from it through intimidation, violence and murder. “In some cases, government officials approved the land takings; in others, they took part in them. These earliest cases occurred before the Civil War; others are currently being litigated today, (AP).”

The Tuskegee Institute and the National Association for the Advancement of Colored People (NAACP) have documented more than 3,000 lynchings between 1865 and 1965. Some of those lynched were land owners, said Ray Winbush, director of Fisk University’s Race Relations Institute.

Since looting will always be a narrative in protesting, the history of looting and looters should be mandatory in such conversations. People shouldn’t automatically see visions of Black kids in sneakers running out of Chanel, Macy’s, Best Buy or local grocery stores with food or merchandise. In 400 years too many Black people have been brutally murdered by white looting terrorists which makes it part of the American tradition.