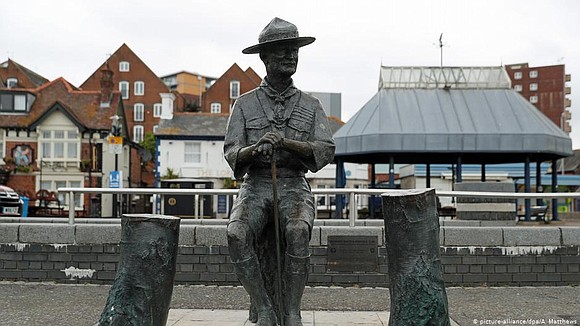 The appeal ties into the Black Lives Matter protests.

Running through the center of the city and past Kampala’s impressive Independence Monument is Speke Road, named after the British explorer and officer John Hanning Speke, the first European to identify the source of the Nile.

Other colonial administrators with streets named in their honor include Henry Johnston, Henry Edward Colville and Frederick Lugard, plus those dedicated to the British royal family ranging from Anne and Charles to Queen Elizabeth II and her husband.

The drive to rename streets was launched on June 9, marked as National Heroes Day,

“People feel passionate about the issue,” said Apollo Makubuya, a corporate lawyer and author of a book about Uganda’s independence struggle, who set up the petition.

“Because we have been caught up in political and economic crises between 1962 and now, not many of us have had a chance to comprehensively examine how colonialism shaped (and continues to influence) our politics and socio-economy-negatively or positively,” Makubuya wrote in a recent article.

Although the colonial-era names still stand, Kampala Mayor Erias Lukwago has said local authorities support removing them. He has warned, however, that this will take time.

“There is no reason why we should celebrate dictators and people who violated our rights, people who participated in the slave trade ... all those people who committed atrocities against Ugandans during that period, it’s a matter we are taking seriously,” he said in an interview with the German news service Deutsche Welle.

“The death of George Floyd and events in the United States are symbolic of a bigger issue that affects the world. It’s about ending a culture which glorifies colonial conquest, occupation, subjugation and control,” Makubuya told the Reuters news agency.

Historian John Bosco Kalule, professor at Makerere University, says streets and roads should honor local heroes who have played a big role in Uganda and worked for the country’s good.

Africa is still home to cities that still hold on to names given by colonial administrations, Makubuya points out. “Take Nigeria’s Port Harcourt for example — the city of more than 3 million people got its current name in 1913 from Frederick Lugard—Lugard just felt like honoring Lewis Vernon Harcourt who was then secretary of state for the colonies by naming a whole Nigerian city after this one man.

“Bear in mind, prior to the British imperial government, the city was known as ‘Iguocha’ in the Ikwerre language, the Igbo people called their port city ‘Ugwu Ocha,’ which means bright skyline.”

“Though all African countries can now proudly claim to be independent with their flags hoisted up, the ‘colonial flags’ remain firmly rooted in the continent albeit not as visible as before. How else can one explain why Africa’s largest freshwater lake is still named after the British monarch Queen Victoria?”