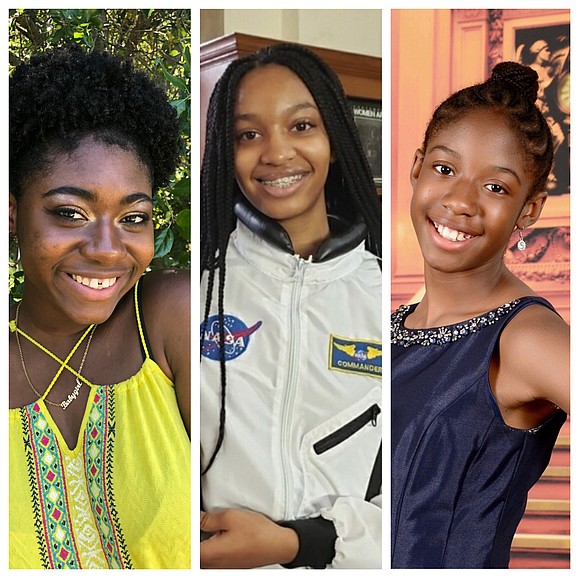 The teens, along with a parent or guardian, received an all-expense-paid trip to Walt Disney World Resort, where they will take part in an educational and mentoring program designed to inspire them to dream big, discover a world of possibilities and prepare for their future.

This year’s winners from the New York-metro area include Fatoumata Soumare from Brooklyn, Myah Mitchell from Cambria Heights, Queens and Danielle Phillip from Valley Stream.

A native of Brooklyn, Soumare is currently a senior at Thacher School in California and plans on attending Yale University in the fall with dreams of becoming a social entrepreneur. Mitchell is a junior at the Mary Louis Academy in Jamaica who aspires to be a NASA astronaut. Phillip is a junior at Valley Stream North High School and wants to attend dental school specializing in orthodontics.

The three are part of a group of 100 students from across the nation attending the four-day event where they’ll learn important skills such as communication techniques and networking strategies, and build confidence. Students at this year’s Academy come from 31 states.

Students were selected from over 10,000 applicants who answered a series of essay questions about their personal stories, the people who are most influential in their lives and their dreams for the future.

Tracey D. Powell, Walt Disney World Resort vice president and Disney Dreamers Academy executive champion, has been working with the Academy since its inception. During a recent media call, Powell said the event is a life changing for young people.

“When each of the classes come in on that Thursday, they are nervous and excited and they don’t know what to expect,” she said. “By Sunday, they have transformed and we are just so incredibly proud of the program here at Disney. They are in store for a wonderful experience.”

Each year, motivational speakers, celebrities, entrepreneurs, executives and Disney cast members gather at Disney Dreamers Academy to share their stories and provide insight on charting a positive course and achievement. Some of this year’s speakers include actress and television host Keke Palmer and chef Jeff Henderson.