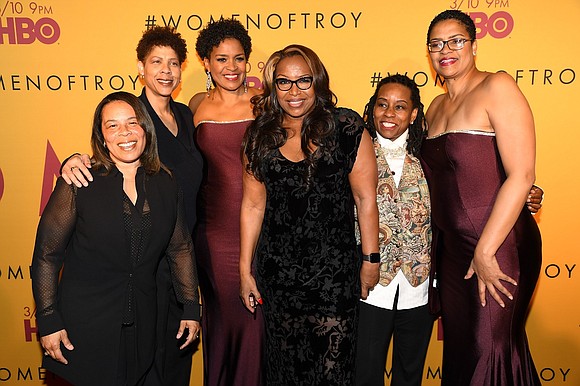 When Cheryl Miller was coaching at California State Los Angeles (2016–19), the players she recruited knew little about her background. She’d tell them to Google her to learn about her playing days leading the University of Southern California to back-to-back Division I NCAA titles in 1983 and ’84 and winning a gold medal at the 1984 Olympics.

Now everyone gets to see a bit of the playing skills that cause people to refer to Miller as perhaps the greatest women’s basketball player. She and her USC teammates are featured in the documentary “Women of Troy,” which will debut on HBO on March 10.

Also featured in the film are Miller’s USC teammates Cynthia Cooper, best known for being a dominant force on the Houston Comets, the team that won the first four WNBA Championships, and twins Pamela and Dr. Paula McGee. Pamela McGee attended the film’s premiere with son JaVale McGee, a member of the Los Angeles Lakers, and daughter Imani McGee-Stafford, a center with the Dallas Wings.

“HBO did a great job putting it together and really giving a full story,” said McGee-Stafford, the first player whose mother played in the WNBA (McGee played for the Sacramento Monarchs in 1997 and the Los Angeles Sparks in ’98). “I knew what my mom and my aunt accomplished, but it’s different when you see it played out on the screen.”

McGee-Stafford said her entire life she knew she wanted play college basketball (she attended University of Texas) and she knew pro basketball was an option. Her mother and aunt didn’t even know college was an option until right before it happened.

“It’s amazing to see how far we’ve come,” said McGee-Stafford. “It’s a sense of pride to know my family was a part of the building blocks.”

Also, at the film’s premiere were USC teammates Rhonda Windham and Juliette Robinson, who appear in “Women of Troy.” Sadly, Miller’s basketball career was cut short by a torn ACL, which in the 1980s was a career-ender. She went into coaching and then a long career as a broadcaster before returning to coaching.

In addition to appreciating the film’s depiction of history, it was the first time McGee-Stafford saw footage of her mother playing. “I was excited to see her in action,” she said. “I saw pictures of them, but actually seeing footage was incredible.”

For other WNBA players who may not have a personal connection to basketball history, McGee-Stafford hopes the film will provide insight. “They’ll see how far we’ve come as a sport,” she said. “Telling the story of these women and how amazing they were is really important.”