Injuries are a concern for the Yankees heading toward Opening Day 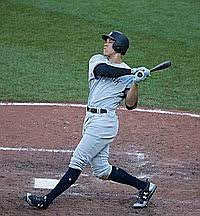 Yankees outfielder Aaron Judge is expected to miss Opening Day on March 26 with a shoulder injury.

The Yankees began Spring Training learning that one of their top starters, right-hander Luis Severino, would miss the entire 2020 season due to Tommy John surgery. Severino was out almost all of last season as well with right rotator cuff inflammation and a strained lat muscle.

Outfielder Giancarlo Stanton, who was limited to only 59 at-bats last season resulting from a triceps strain and knee strain, sustained a Grade 1 calf strain a little over a week ago and is not expected to be ready to play in again until sometime in April.

Their other star outfielder, Aaron Judge, has a shoulder issue that extends to his pectoral muscle and is being evaluated to determine the more specific nature of the injury. Yankees general manager Brian Cashman is not optimistic Judge will be suiting up with his teammates when the season commences.

“As of right now…I don’t see him ready by Opening Day because of the time frame,” Cashman said to reporters regarding Judge before the Yankees faced the Boston Red Sox in Tampa, Florida on Tuesday. “It’s three and a half weeks, and just then the healing and then having to have a Spring Training.” The Yankees are scheduled to be on the road to play the Baltimore Orioles on March 26 to start the regular season.

“We’re running him through a whole battery of things just to eliminate everything and anything,” Cashman added. “Hopefully they all come back negative. In the meantime, he’s really responding well to the treatment protocols our performance science team has been running him through.”

Judge missed two months early last season, suffering an oblique strain on April 20 and not returning to the lineup until June 21. With center fielder Aaron Hicks out until late summer after having Tommy John surgery on his right elbow on Oct. 31, the Yankees are without three of their best everyday players.