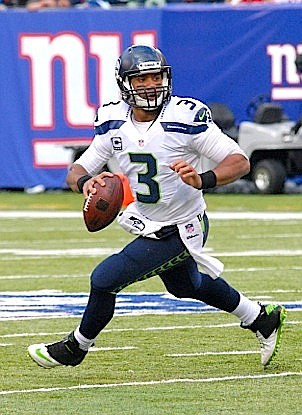 It’s all about the Benjamins. The new proposed National Football League collective bargaining agreement that will come to a vote by the players in the coming weeks is transparently rooted in money. The owners and the players both want more of it.

Yet players aren’t in total agreement as those who are on the high end of the league’s salary structure, such as Seattle Seahawks quarterback Russell Wilson and Green Bay Packers QB Aaron Rodgers, are looking for concessions not just relating to the percentage of revenue players will receive, but issues beyond monetary compensation such as the off-season program, which includes mandatory organized team practice activity also known as OTAs.

Last week, NFL Players’ Association reps, one representing each of the league’s 32 teams, voted to send the new 10-year deal to its full membership for approval. An additional game, which would increase the regular season schedule from 16 to 17, has been the most divisive aspect of the agreement. It is a change owners have long been seeking as a means to increase revenue for a league already generating roughly $15 billion annually.

“Health and Wellness of our men is always the most important aspect,” wrote San Francisco 49ers defensive back Richard Sherman, his team’s player rep, on Twitter last week. “There is no price you can put on that and that is why I Voted No. I respect the Men that have been part of this discussion and stood up for their locker rooms.”

Wilson, the Seahawks’ player rep, struck a similar tone in a tweet regarding his position on the proposal. “The @NBA & @MLB are doing it right. Players come first. ALL @NFL players deserve the same. WE should not rush the next 10 YEARS for Today’s satisfaction. I VOTE NO.”

The veteran Rodgers, the Packers’ player representative, who also voted against the agreement, was in lockstep with Sherman and Wilson in his tweet. “The value of our players and the strength of the NFLPA can only be realized, if we ourselves know and believe in our worth.”

In addressing the varying opinions of the players’ full membership, NFLPA executive director DeMaurice Smith said disagreement is a natural part of the process.

“Man, democracy is messy,” Smith maintained while at the NFL scouting combine in Indianapolis a week ago. “And when you urge players to become part of a union, when you decide instead of having sort of a bubble that excludes people, that you want people not only to become involved in your union but become reps in the union, to take leadership roles in your union, how could you ever take a position that you have some sort of adverse effect if they express their feelings, right?

“Can you imagine a role where you go through this whole thing and nobody cared…For a player that doesn’t want 17 under any reason, those players will vote their conscience.”