Rose says patience is needed for the Knicks to bloom 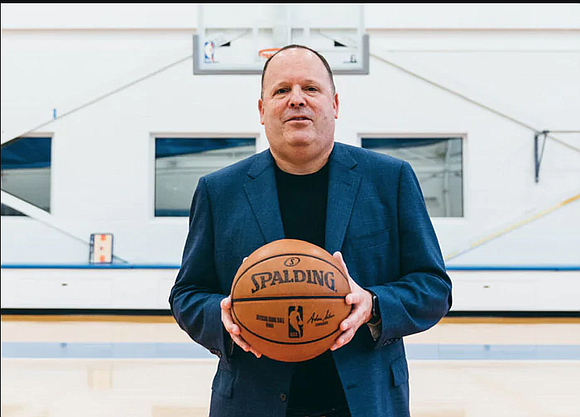 Leon Rose, the former agent of among others LeBron James and Carmelo Anthony, was officially named the Knicks’ new president on Monday. NBA.com photo

On Monday, the Knicks officially announced the hiring of Leon Rose as the team’s new president. For the past several weeks, it had been widely reported that the Cherry Hill, New Jersey native, who was co-head of the Creative Artists Agency basketball division, would leave his highly successful status as one the top agents in all of sports to take on a position that has devoured many men.

Rose now becomes the Knicks’ third president since March of 2014, when team owner James Dolan hired Phil Jackson to resuscitate the organization. Jackson only lasted three years in a tenure that began optimistically and ended in March of 2017 discordantly with him and the franchise agreeing to part ways.

Steve Mills, who was the Knicks’ general manager under Jackson, succeeded him in July of 2017. Mills’ time as president was even shorter than Jackson’s. He was effectively removed from the job early last month. The Knicks have had six head coaches from the start of the 2017 season, including two interim head coaches, Kurt Rambis and currently Mike Miller. Instability has defined the franchise for the past two decades.

Rose’s charge is to lay a foundation on which the Knicks can build a sustainable winning culture. Long suffering fans are justifiably skeptical. But not because they contrarily doubt that a man whose list of clients once included LeBron James, Carmelo Anthony and Dwayne Wade, and is widely viewed as possessing the knowledge, relationships and temperament to achieve positive results, isn’t capable of doing what his predecessors couldn’t. It’s a fatalistic feeling of failure born out of a painful past.

“Having been fortunate enough to be part of professional basketball for more than 25 years, I have had the privilege of helping to shape the careers of many incredible athletes throughout those decades, collaborating with key decision makers and personnel within the basketball universe,” Rose wrote in a letter addressed to Knicks fans.

“In my career as an agent, I experienced the intricacies of the League, player recruitment and most importantly, how to develop relationships, unity and team cohesiveness.

“Nothing about this is easy or quick, so I ask for your continued patience,” he continued. “What I promise you in return is that I will be honest and forthright…While I realize that there have been difficulties on the court, what has been remarkable to me is that your pride remains so strong, your loyalty undiminished.”

Rose was at the Garden on Monday for his first game as team president and witnessed an exciting and gritty 125-123 Knicks win over the Houston Rockets. The fans hope it foreshadows what is to come, as rookie R.J. Barrett led the way with a career-high 27 points.

It was the Knicks’ second straight win as they looked to make it three in a row last night, March 4, versus the Utah Jazz at the Garden before hosting the Oklahoma City Thunder tomorrow night, March 6. They will end a five-game home stand against the Detroit Pistons at MSG on Sunday.

Rose has a difficult task ahead in trying to elevate the Knicks into a playoff and then ultimately a championship contender. They haven’t played in the postseason since 2013 and have won only one series in the last 20 years. This will be the Knicks’ seventh straight losing season. No one knows what the future holds, but it can’t get much worse.