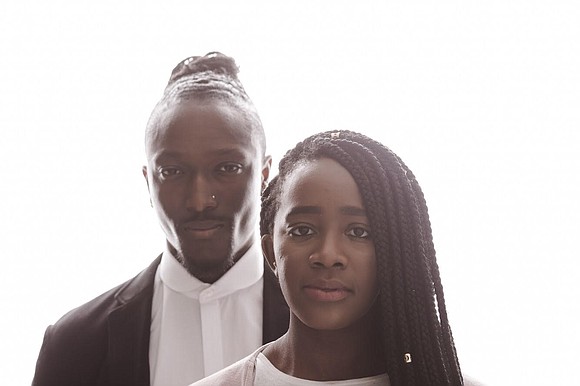 With a simple click of the camera, an image is captured and there are opportunities for endless stories to be told. With stock photography the same is true but a majority of the subjects are the same race. Seeing one race reflected in stock photography is limiting to our worldview. TONL is working to diversify the world of stock photography one click at a time.

Founders Karen Okonwo, a Seattle-based “social entrepreneur” and Joshua Kissi, a New York-based photographer and co-founder of the creative agency “Street Etiquette” came together to launch TONL in August 2017.

TONL pronounced “Tone-al” was born out of the mission to give a visual to diversity and change the standard view of stock photography. “Joshua and I hadn’t thought of a name yet, but we knew we didn’t want it to put us in a one-sided box. We wanted it to reflect the different races we wanted to first represent when it came to the spectrum of diversity. Skin tones were really the visual. Joshua shared this with his now wife and my best friend, Mekdes, and she was like, ‘What about tonal?’ We wanted to be trendy, so we dropped the “a” and capitalized each letter to make it bold,” said Okonwo.

According to the TONL website’s “About” page, “Photography and storytelling can help humanize and hopefully diminish the stereotypes and prejudice against Black and Brown people, especially. We wanted to challenge the stale, homogenous look of traditional stock photography by showcasing the many ethnic backgrounds of everyday people.”

Okonwo met Kissi through his wife Mekdes when Mekdes first started dating him. Okonwo was impressed by Kissi’s photography and approached him to collaborate. Initially, Kissi was not interested in stock photography but Kissi was hooked by the angle of this idea showcasing diversity. Seven months later, with the added push of the killings of Alton Sterling and Philando Castile, the two moved forward with TONL. “The stories being shared of them were negative and painted them like criminals. We wanted to take over these narratives and show our people in the proper, positive light,” explained Okonwo.

On the TONL site, viewers see nine categories: Technology, Taste, Tone, Today, Tradition, Trust, and Trend. These categories serve as prompts for their photographers to fulfill each category. There is a narratives section on the site of those who are being photographed. “The narratives section is us doing our part to help create empathy. Too often we are judging people and not taking the time to get to know them beyond their skin. This section lets people have a front row ticket to getting to know their neighbor. Our hope is that they take that same curiosity into the workplace and their general settings,” Okonwo said.

Kissi and Okonwo’s work with TONL is greater than the two of them; the goal for TONL is to “infiltrate every industry to implement diversity.” TONL is revolutionizing stock photography through TONL images representing what diversity means beyond the accepted meaning of diversity as a buzzword.