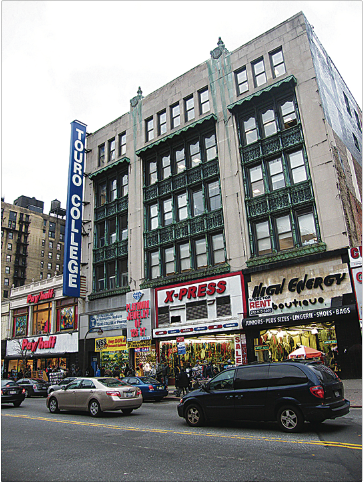 The Touro College of Osteopathic Medicine’s 4th floor cafeteria was recently filled with the sounds of plastic mannequins being tapped on the shoulders and chants of “Are you OK?” Close to 70 TouroCOM students and children with their parents practiced saving a loved one or stranger who might be in cardiac arrest.

The occasion was part of the 5th annual “National Two Step CPR: Save a Life Campaign.” Free hands-only CPR (cardiopulmonary resuscitation) training was offered by medical student volunteers around the country to educate the public on how to do compressions-only/hands-only CPR and its benefits.

“Anyone can learn the technique and they should not be afraid to try,” said Evelyn Rajan, a second year TouroCOM student who planned the school’s participation. “Doing something is better than doing nothing. Just by doing compression you’re helping if the heart stops. Those are precious minutes. The more people who learn, the more lives that can be potentially saved.”

Leading cause of death

Sudden cardiac arrest is a leading cause of death in the United States. The heart cannot pump blood to the rest of the body, including the brain and lungs. Death can happen in minutes without treatment. The chest compressions mimic how the heart pumps, which helps keep blood flowing.

The TouroCOM students demonstrated how to improve the odds of survival if someone is unresponsive and not breathing. If they don’t get a response to their shoulder taps and query, it’s crucial to take these two steps:

Attendees expressed some relief after trying the exercises. “I was always nervous about breaking bones or ribs while doing CPR but I know now it’s OK as long as I get the heart stimulated until the EMS comes,” said Sheila Avila, who participated with her 9-year-old daughter, Selae.

Added Okeefa Plaskett, who brought her 15-year-old daughter, Shamya, said, “It’s something I didn’t know and my daughter didn’t know. It’s really great and very important to learn because you never know, in an emergency she can help save someone’s life.”

“I always thought CPR was easy. It is, but there’s more to it. Now I know what to do and if I have a son or daughter I’ll know what to do, just in case,” observed Brenn Quiones.

The same methods used in the National Two Step are recommended by other groups as well, including the Centers for Disease Control and the American Heart Association. According to the event’s sponsors, in the past CPR involved rescue breaths but the latest and most accurate research shows that chest compressions and early defibrillation (use of a device that can shock and restart the heart) are the most important parts of CPR.

National Two Step was launched in 2016 with the support of Dr. Mehmet Oz’s HealthCorps. The project has trained over 18,500 in correct compressions-only CPR technique with the help of 700 medical students each year. This year TouroCOM was the only medical school in New York to participate.