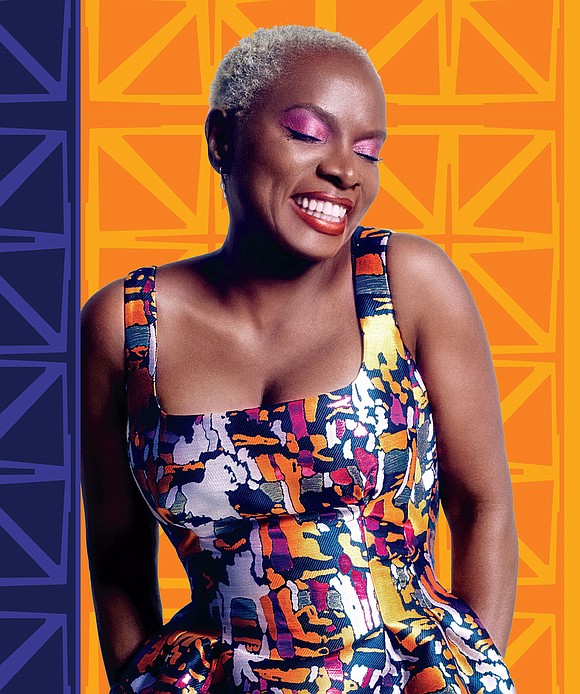 “My nickname when I was a child was when, why, how,” states singer and activist superstar Angelique Kidjo. In her almost raspy voice inflected with an intriguing hybrid of French and West African accents, Kidjo continues talking about her youth in the small West African country of Benin. “I spent a lot of time asking elderly people questions.” It’s because of this that Kidjo believes she was destined to be a storyteller herself. Not as a traditional griot, but as a singer, who has performed for millions all over the globe for 40 years.

There are few who can match Kidjo’s vivacity, beauty, and spirit onstage and off. The Grammy-winning songstress continues to wow audiences with her bold and daring takes on music of all genres including Caribbean, jazz, and Latin. Her arrangements, though, are all unmistakably grounded in traditional African music and Afrobeats.

This March 14, Kidjo will celebrate both her 60th birthday and the 60th anniversary of the independence of her native Benin and other West African countries. Joining Kidjo will be Brittany Howard, vocalist from rock blues sensation Alabama Shakes, Senegalese singer and guitarist Baaba Maal, and Nigerian Afropop star Yemi Alade.

Called “Daughter of Independence,” this is the fourth and final concert in a series that Kidjo curated at the behest of Carnegie Hall, which began in the fall of 2019. What makes Kidjo, whose superlative dancing skills are also on display during her concerts, particularly keen about this outing, is the historical significance of 2020. “It’s 60 years of independence in Africa. I was born fifteen days before the independence of my country,” she laughs, “I was born French and I was French for two weeks!”

Africa’s independence was also a factor when she sat down to choose artists for the event. She explains, “I wanted to show artists from African countries that became independent in 1960. I also realized that movement for independence in Africa also impacted and influenced the Civil Rights Movement in America, so I brought those two stories of independence and freedom together.”

Those sentiments, attesting to the sanctimony of life and of liberty aren’t surprising. If you’ve ever heard Kidjo sing, and seen her perform, you know that it isn’t an overstatement that the force of life itself infuses her music. There is preternatural purpose behind every movement and note, to uplift, enlighten, and empower. It isn’t a surprise to hear some of the selections she’s planning to sing with Brittany Howard for her upcoming concert. “Brittany is going to sing a song of Nina Simone and we’re going to sing a Curtis Mayfield song together. All those messages of empowerment and of living together, that’s what’s been important to me my whole career, the importance of living together and accept that we can have different opinions yet we are not enemies.”

In addition to her performing, Kidjo is the very definition of the tireless crusader for numerous causes including Oxfam, LiveEarth, and the Enough Project. She has been a UNICEF ambassador for 18 years and co-founded the Batonga Foundation to give vulnerable young African women the support they need to reach their full potential. Kidjo is particularly passionate about young people. “It’s what we actively teach our girls and boys that creates a better society,” she emphasizes. “If you’re not taught empathy, love, compassion, tolerance your brain is not challenged to think when a problem comes before you. How will I solve this? Is there one way or are there many ways?”

It’s ironic the contrast between much of the subject matter of Kidjo’s music and the enthusiastic response of her audience. “Sometimes I would be so taken aback because the subject is so harsh and yet everybody is dancing and smiling. I’m like, ‘How can that be?’” It dawned on Kidjo that audience response was a clue the impact of her message went beyond the confines of music halls where she performs. “By empowering people by dancing and singing, everybody when they get back home and start thinking how that song can get put in their reality, their home; how can they get a solution for it. That has been a defining moment for me as a singer and songwriter. There’s no subject that’s ‘not suitable.’”

Kidjo reveals she remains energetic not just from her love for what she does but also takes practical steps to make sure she can keep doing it. “I work out a lot. I always have.” She also finds cooking therapeutic. “Cooking is a passion for me and it de-stresses me. Cooking and songwriting are kind of the same because you’re trying to put together the right ingredients. Too much salt is not good, too much pepper is not good. It’s the same thing with songs.”

Cooking is also the perfect event around which to catch up with friends and family who are so important to Kidjo, who has two daughters and has been married to musician Jean Hebrail for 33 years. “When you tour that much you lose contact with your friends and it’s hard to catch up. When I get time to gather people together, I do. Then they’re like ‘She hasn’t forgotten we exist!’” Kidjo reassures them: “I tell them I haven’t forgotten you. I make sure they know that although I am busy, they are still in my heart.”