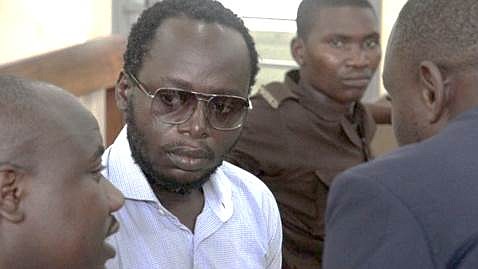 Hardworking African journalists are facing threatening phone calls, cyberattacks and other forms of intimidation as they attempt to report on government dysfunction and the actions of security forces tracking terror groups.

According to Reporters Without Borders, journalists around the world are seeing increased fear and violence and sub-Saharan Africa has not avoided the latest decline in press freedom.

In Nigeria, Samuel Ogundipe, a reporter with the Premium Times, was forced into hiding last month for his coverage of a “raging battle” within Nigeria’s security forces. The feud consists of the office of the National Security Adviser (NSA) against the chief of Army Staff. Both sides believe they have the presidents’ ear but the chief of Army Staff has been moving swiftly against the NSA, transferring and retiring top army officers, colonels and army generals without replacing them.

The stand-off could threaten the country’s stability, as military officers must now choose who to take orders from––the most-senior commander or another authority? Anonymous callers told Ogundipe to drop his coverage of the feuding security forces. Premium Times Editor-in-Chief Musikilu Mojeed also faced intimidation attempts since the reports were published.

In Cameroon, journalist Adalbert Hiol has been held since November charged with writing false and defamatory news. Hiol is the publisher of Ades-Infos Jeunesse en Action. He is due back in court March 24 for his second appeal hearing.

“The number of journalists arrested in Cameroon just for doing their jobs is going in the wrong direction,” said Angela Quintal of the NY-based Committee to Protect Journalists. “Cameroonian authorities should free him immediately,” she said, “and should reform their laws to align with international standards for freedom of expression.”

In Uganda, freelance journalist and documentary filmmaker Moses Bwayo, was arrested in the capital Kampala on Feb. 24 while filming a documentary about the opposition politician and popular musician Robert Kyagulanyi, also known as Bobi Wine. He is asking for the return of his equipment undamaged, and to be able to continue his work without intimidation.

Finally, Tanzanian investigative journalist Erick Kabendera has been freed, but faces a fine of 273 million Tanzanian shillings or $118.000. (U.S.)

Initially arrested after police claimed his citizenship was in question, the charges against him were later changed to economic crimes including money laundering and tax evasion. Amnesty International described his arrest as “an assault on press freedom” and diplomats expressed concern over the initial handling of the case.

“We welcome the end of Erick Kabendera’s nearly seven-month imprisonment on charges that were transparent retaliation for his critical journalism,” said CPJ representative Muthoki Mumo.