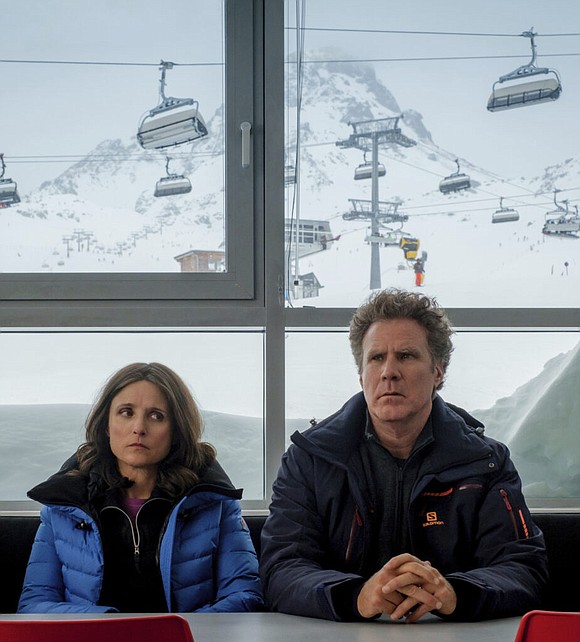 When a couple (Julia Louis-Dreyfus and Will Ferrell) and their two sons face a life-and-death crisis on a ski trip in Austria, the husband’s response to the situation leads the spouses to examine their entire relationship.

“Downhill” is an intense, psychological thriller and while it sometimes drags, overall it’s a thought-provoking experience and earns a See It! rating.

Often in relationships it’s not the major issues like cheating or abuse that threatens the bond. It’s an incident or response to a situation that causes individuals to question each other’s commitment. Here, the wife is not only greatly disappointed in how her husband reacted to the threat, but also in that he wouldn’t even acknowledge his wrongdoing. Her frustration is exacerbated by his dishonesty even about cell phone conversations he had during the trip.

We often hear the cliché’ phrases like “Oscar-worthy” but I’ll simply say that Louis-Dreyfus nails this role. This film does not work without her. There are also colorful characters such as Charlotte (Miranda Otto), an amusing libertine that the family meets upon their arrival at the ski lodge.

“Downhill” is a downer when it comes to cast diversity. Today, people of all colors ski but that’s not reflected in this movie, earning it an “F” for cast diversity.

The most valuable aspect of “Downhill” is that you’ll talk about it and strongly identify with this couple’s issues. It’s Rated “R” (for language and some sexual material) and about 90 minutes in length. And it’s a See It!