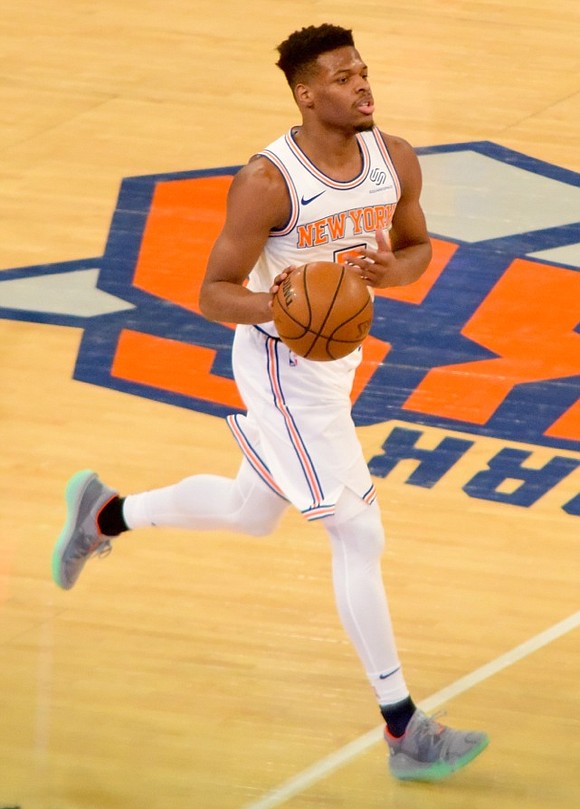 On Tuesday night in Washington D.C. facing the Wizards, Knicks interim head coach Mike Miller didn’t waste time pulling his starters from the game as the listless first five fell behind 18-4. With a little under eight minutes remaining in the first quarter, Miller inserted five substitutes and they paid immediate dividends. Led by Bobby Portis and Frank Ntilikina, the Knicks ended the quarter down by only 36-31

Yet the final outcome was all too familiar. The Knicks fell short 122-115 despite a solid 20 points from Bobby Portis and a career high 20 points and 10 assists from Ntilikina. They met up with the Atlanta Hawks last night with a record of 20-45 and 17 games remaining. Massive changes to the roster are expected this off-season. But for the moment, Miller must go with what he has, which is by and large a group of players on short-term deals that new team president Leon Rose is unlikely to extend.

The Knicks, who end their three-game road trip against the Miami Heat tomorrow and return to Madison Square Garden next Tuesday to host the Charlotte Hornets, are a product of a primary plan that didn’t manifest and a secondary plan that was built on blind hope. When they failed to sign at least one major impact player last summer in pursuit of ideally two proven stars, their fallback was to sign multiple veterans whose careers had been solid as role players.

The vision of former team president Steve Mills and General Manager Scott Perry was that the new additions would provide consistent production and the progression of the Knicks cadre of young players, notably Mitchell Robinson, Kevin Knox, Dennis Smith Jr. Ntilikina and rookie RJ Barrett, would combine to elevate the squad into a competitive contender for a low playoff seed.

The plan went awry early and former head coach David Fizdale was canned after a 129-92 blowout loss to the Denver Nuggets at the Garden, dropping the Knicks to 4-18. There have been flashes of optimism, as sporadic impressive performances by Robinson, Barrett and Ntilikina have given Rose attractive pieces with which to build or use as trade assets.

Knox has not been able to string together productive games but is only 20 and still has a positive upside. Smith seemingly needs to have his confidence restored and health maintained as he has looked like a shell of the explosive rookie who averaged 15. 2 points and 5.2 assists for the Dallas Mavericks three seasons ago.