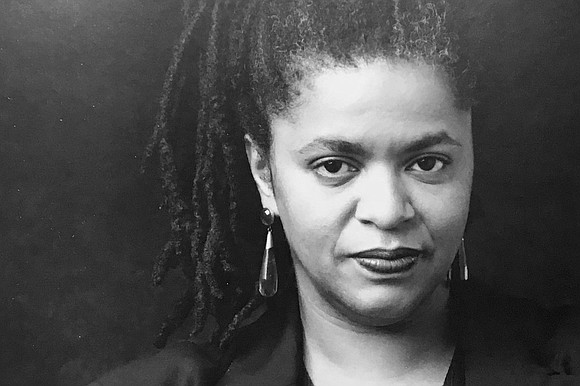 The Sembene Film Festival is based in Pittsburgh but its visionary founder, Phyllis Hill Cole, affectionately known as Sabira Bushra, gave it a global impact with its focus on classic African and African American films. Sabira was not only a film buff of extraordinary reach and insight, her resume was packed with social and political activism. She joined the ancestors suddenly on Feb. 18. She was 66.

“We had met on Monday,” said Fred Logan, a longtime friend and associate, “and she was vintage Sabira, pushing on, planning a larger film festival.”

Vintage Sabira was one bestowing grace and generosity, building a network of love and support for the less fortunate, and working tirelessly for the underserved in Pittsburgh and elsewhere. “Sabira was born to Leroy and Geraldyne Hill on December 25, 1953 in Pittsburgh, a fraternal twin of her sister Patricia,” her brother Rashid wrote. “She graduated from Taylor Allderdice High School in 1971 and attended Edinboro University of Pennsylvania, majoring in philosophy.”

She volunteered as a radio host at WYEP in the later 1970s, Rashid added. Her program focused on the issues affecting Black men in the Pennsylvania penal system. It featured jazz and fusion music as well as the poetry and creative writings of inmates.

In the late 1980s and early 1990s, Sabira was founder and director of the Partnership for Minority HIV/AIDS Prevention, an organization that worked to prevent the spread of HIV and AIDS in minority communities. The Partnership worked with partners locally, nationally and abroad on education efforts. During this same period, she was a lead organizer of the Harambee Black Arts Festival in the Homewood neighborhood. Throughout the 1990s, Sabira served as Coordinator of Special Programs for the Pittsburgh Coalition Against Substance Abuse. She was responsible for providing technical assistance, program development and fundraising for community groups serving vulnerable youth and their families.

But Sabira found her métier and the Sembene Film and Arts Festival in 2009. It was dedicated to African film pioneer Ousmane Sembene of Senegal. “She was the executive director and curator of the film series, until the time of her passing. The festival focuses on films that celebrate and illuminate the history and issues of the global African diaspora,” Rashid explained.

Logan added that he was “very fortunate to have been with the festival since its inception. And because of Sabira Bushra and the Sembene Film and Arts Festival he is infinitely better informed about the role, value, and potential of cinema as a weapon for progressive social change. Under Sabira’s persistent leadership, the Sembene Film Festival made a very

important and lasting contribution to the promotion of films from the African diaspora.”

It was my pleasure and privilege to be among those invited to the festival to lecture or share our impressions of particular films, a cohort that included such notables as Gil Scott-Heron, Danny Glover, Sun Ra, Julie Dash, Alice Walker, Keith Beauchamp, David Felix Sutcliffe and Youssou N’Dour. Sabira, in my estimation ranks among the best film connoisseurs, and I learned so much from wise counsel.

Sabira, whose funeral was on Feb. 29 at the Spriggs & Watson Funeral Home in Homewood, leaves to celebrate her remarkable life her husband, Abdou, whom she married in 1988; her siblings Vicki, Rashid, Patricia, and Michael, a host of nieces and nephews, and other close friends and relatives too numerous to mention