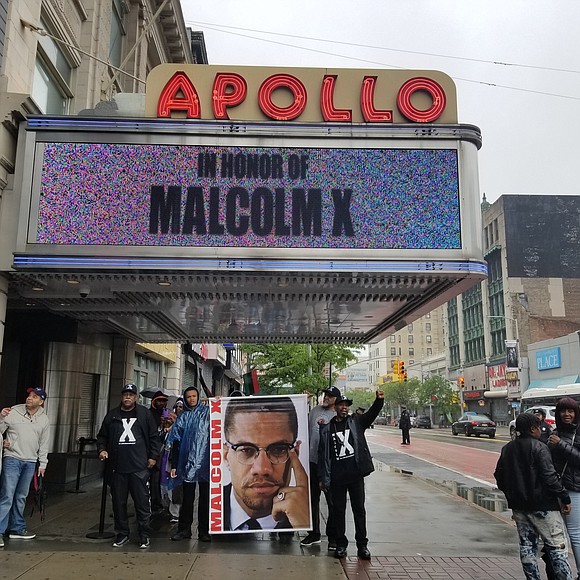 The attention this series has garnered raises the question again as to who is responsible for the brazen afternoon political execution of the Black nationalist leader at upper Manhattan’s Audubon Ballroom during the frigid afternoon of Feb. 21, 1965. Approximately 400 devoted Organization of Afro American Unity (OAAU) members witnessed it. Simultaneously, this documentary has pressured the Manhattan DA’s office into reinvestigating the case.

In the 1994 documentary “Brother Minister: The Assassination of Malcolm X,” African scholar warrior Dr. John Henrik Clarke provides his assessment: “When he internationalized the problem by raising it from the level of civil rights to that of human rights, and by linking up with Africa, Malcolm X threw himself into the crossfire of that invisible, international cartel of power and finance which deposes presidents and prime ministers, dissolves parliaments if they refuse to do their bidding. It was this force, I believe, that killed Malcolm X, that killed [Patrice] Lumumba, that killed [Dag] Hammarskjold.”

Despite being under government surveillance for over a decade, as well as having several undercover agents (namely Gene Roberts and Ray Woods) in his OAAU, plus the fact that his Elmhurst, Queens, home had been firebombed the previous week; oddly there were no uniformed cops present inside on the day he was killed.

Malcolm X was ambushed right after assistant minister Benjamin Kareem introduced him on-stage: “Malcolm is a man who would give his life for you. There aren’t many men who would lay down their lives for you.”

Although Thomas Hagan, 22, from NOI Mosque No. 25 in Newark, N.J. was shot and captured on site, and Norman Butler and Thomas Johnson, from Harlem’s Mosque No. 7 were apprehended days later, others are also implicated.

“Who Killed Malcolm X?” shows that FBI informants within the Nation of Islam had fermented seeds, exasperating the tension between Malcolm X and NOI leader Elijah Muhammad. And also how they, along with agents from BOSSI (Bureau of Special Services and Investigations) and the NYPD infiltrated the OAAU, as well as Malcolm’s Muslim Mosque Inc.

The recent documentary doesn’t really unearth any new information. It’s just that because it’s being presented to a larger audience on a broader platform, it is creating more of a buzz than the ones previously released. Also, Malcolmites are optimistic attorneys can establish the U.S. government’s role in Malcolm’s murder just as was done in 1999 with the murder of Dr. Martin Luther King Jr.