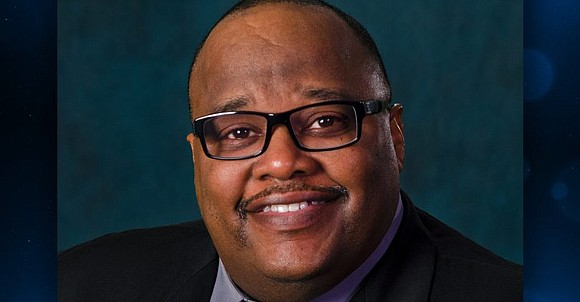 The International Union, United Automobile, Aerospace and Agricultural Implement Workers of America (UAW) is one of the largest and most diverse unions in North America, with members in virtually every sector of the economy.

Representing nearly 1 million current and retired members of all ethnicities and backgrounds in the United States, Canada, and Mexico, the UAW has never had an African American president.

“I was sitting at home and brainstorming on things that I needed to do, and then the phone started to ring,” stated Rory Gamble, a welder fixture repairman, who joined the UAW in 1974 when he worked at the Ford Motor Co. Dearborn (Mich.) Frame Plant.

“The local NAACP chapter president called, and others,” noted Gamble, who in December was named the 13th president of the 85-year-old union.

“It hit me then that, ‘Hey, you’re the first African American president,’” Gamble recalled. “It struck me like a rock. It’s a great accomplishment.”

Gamble observed a distinct and frequently-used quote that dates back to Winston Churchill: “With great power, comes great responsibility.”

“There is a great weight that comes with being the first African American president,” Gamble said.

“I want to be an example where no one can question my leadership and not use anything against another African American brother or sister to prevent them from being able to ascend to a position like this.”

Gamble accepted the job after his predecessor, Gary Jones, resigned amid a corruption scandal.

Despite the cloud of suspicion left behind, Gamble observed that the union must continue to move forward.

“Being an African American already means you have a great deal of responsibility and so I want to make sure that the way I carry myself will keep the doors open for others to follow,” Gamble expressed during an exclusive interview with NNPA Newswire.

“I’ve been blessed. I was able to come up during a time where there was a lot of activism. Unlike today, where a lot of our brothers and sisters get caught up in the digital world, I came up when everything was more hands-on and personal,” Gamble continued.

“You couldn’t hide behind a keyboard. You had to get up and see people and look them in the eye. Looking folks in the eye shows that you have a lot more of yourself invested.”

“I had to get social media because you have to engage and keep up with the times,” he said.

“I’m very personal, and I love engaging with the members. I try hard to make sure that our union doesn’t get away from that even though we have this digital and electronic stuff. That’s fine, but the downside is that it can be icy when it comes to human relationships, so I like the eye-to-eye contact.”

Gamble, 64, started his UAW career as a welder fixture repairman.

Before that, he was a defensive tackle at Northwestern High School in Detroit, where he credited his father, a former elected officer of Local 600, as an early mentor.