Idris Elba, member of ‘Today Show’ staff among those testing positive for coronavirus 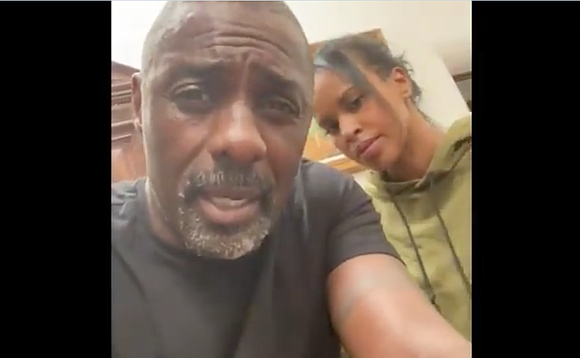 Coronavirus is hitting the entertainment world. Idris Elba has tested positive, but says he feels fine. The Golden Globe winning actor decided to get tested after standing on a stage next to Canadian Prime Minister Justin Trudeau’s wife, Sophie Gregoire Trudeau, who tested positive. Elba says he feels fine, and has no symptoms, but has decided to self-isolate. Meanwhile, according to reports, a staff member of the 3rd hour of “The Today Show” has also been diagnosed with the virus. As the company investigates who came into contact with the coworker, employees on that team were asked to work from home, and personalities Al Roker and Craig Melvin did not appear on March 16’s morning broadcast. Prayers for everyone!

Over the past few weeks, Meghan Markle and Prince Harry undertook their last engagements as working royals. However, according to Vogue, amid all the media frenzy, the Duchess of Sussex managed to sneak in a secret meeting. At Buckingham Palace, she met with a group of students from 11 Commonwealth countries: Malawi, India, Cameroon, Bangladesh, Nigeria, Pakistan, Ghana, Rwanda, Kenya, Malaysia, and Sri Lanka to discuss sustainability and climate change. According to multiple reports, the meeting lasted around 30 minutes.

Fresh from her run on the successful Fox TV series, “The Masked Singer,” singing legend Dionne Warwick goes from wearing an elaborate costume to a whole other design, which she co-owns. WG Design Lab is a partnership between Ms. Warwick and interior designer, Bruce Garrick. The collaboration’s specialty is interior domestic and international design, creating immaculate corporate spaces as luxurious homes. “Bruce and I have worked on numerous design projects on an international level,” explains Warwick. “We’ve created interior designs for private estates.”

A Manny Hailey production has released the official trailer for the urban action film “True To The Game 2,” based on the original New York Times bestseller by Teri Woods. Starring Vivica A. Fox, Andra Fuller, Erica Peeples, Niata “Lil Mama” Kirkland, Iyana Hailey, and Jeremy Meeks, the film opens in select theaters spring 2020. “True To The Game 2” picks up a year after the murder of drug dealer Quadir Richards, whose death carries consequences for all who knew him—especially Gena (Peeples), his love interest.