That public charge rule and COVID-19 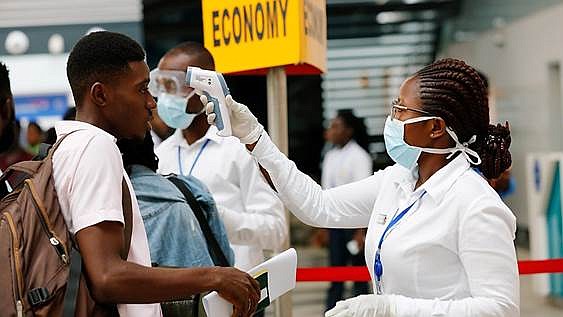 As I write this article on Friday the 13th, little focus has been put on educating the poor, vulnerable population of uninsured, green card holding immigrants or the undocumented amid the COVID-19 pandemic.

The federal government has barely acknowledged low-income immigrants’ struggles during this outbreak. Yes, detainees in U.S. Immigration and Customs Enforcement (U.S. ICE) custody are at risk of this new coronavirus, as are the unaccompanied minors still in the custody of the U.S. Department of Health and Human Services (HHS), but so too are undocumented and poor immigrants, many of whom have no health insurance, and now––because of Donald Trump’s public charge rule––are afraid to access health care or Medicaid.

While under the most recent $8.3 billion coronavirus funding bill that passed, Congress promised to allocate $100 million toward community health centers that treat underserved groups, it is unclear if they will actually access this service should this bill become law.

As many of you know by now, the Trump administration amended the U.S. Immigration and Nationalization Act to deny admission or permanent residency to most non-citizens who are “likely at any time to become a public charge” by using government benefits within a certain timeframe. The rule was reaffirmed in a conservatively controlled US Supreme Court decision, 5-4, and implemented across the country on Feb. 24; it discourages immigrants from now using Medicaid - which is particularly dangerous at this time.

So where do these vulnerable immigrants now go to get checked if they are showing signs of COVID-19 and have no insurance or don’t want to use public health benefits and ruin their chances of legalizing?

The onus is now on states to fill the gap and hopefully convince a scared population to get tested for free if they are sick. After all, the Department of Homeland Security has openly conceded that the public charge rule could lead to “increased prevalence of communicable diseases, disenrollment from public programs, and increased use of emergency rooms as a primary method of health care.”

The Kaiser Family Foundation reported that one in five adults from low-income immigrant families expressed fear of enrolling in public benefit programs because it could risk their chances of getting a green card.

Bob Ferguson, the attorney general for Washington State, where the country’s worst outbreaks were centered, has sent a letter to the DHS asking for the agency to suspend implementation of the public charge rule during the coronavirus pandemic, calling the implementation “irresponsible and reckless.”

“DHS’s policy of deterring immigrants from using the medical benefits to which they are legally entitled directly undermines and frustrates our public health professionals’ efforts, putting our communities and residents at unnecessary risk,” he added.

So far the Trump administration has not addressed the issue directly, a spokesperson for the DHS told CNN: “The public charge rule takes into account the totality of circumstances and no one aspect of an individual’s situation would deem them ineligible for change in status. Nowhere in the rule does it say an immigrant will be denied a change in status if they seek medical care.”

Another lie because the programs clearly identified are “federal funded Medicaid.”

Since the entire Trump administration, including the so-called commander-in-chief and his handpicked COVID-19 expert, Mike Pence, cannot even seem to communicate clearly what all Americans need to do, then of course it may be too much to ask them to craft programs with vulnerable populations in mind.

The reality is that tailored messaging to undocumented individuals and those legal residents who are uninsured and need access to government health care, must be a priority now. Kudos to New York and local organizations nationally that are filling the role of the federal government.

The public hospitals in New York will test anyone who feels they may have caught the virus for free, and that includes undocumented immigrants.

With the pandemic raging, we are all at risk, and every sick person, regardless of immigration status, should be able to access free health care at this time if they exhibit signs of COVID-19. I hope states nationally will adopt the New York policy in this time of national emergency.