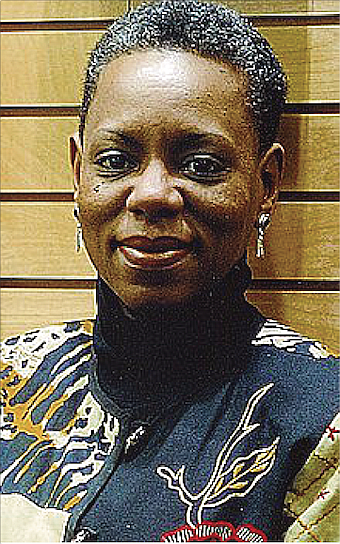 Award- winning author Tonya Bolden researched and discovered many Black female leaders in her new non-fiction celebratory book “Changing the Equation: 50+ US Black Women in Stem.” Important Black women are featured in the fields of science, technology, engineering, and math.

Bolden has written numerous bestselling books for children and adults. Her work has garnered many awards, including the Coretta Scott King Honor, James Madison Book Award, and School Library Journal Best Book of the Year.

“Changing the Equation” is inspired by Mathematician Katherine Johnson who passed away on February 20, 2020. Bolden was working on a profile on Johnson for her book “Pathfinders: The Journeys of 16 Extraordinary Black Souls.” After meeting her she became curious about other Black women in STEM. She read newspapers, books, oral histories, contacted, and interviewed many Black women. “STEM is where all the good jobs are and STEM is where all the good jobs will be in the future,” Bolden says. Her hope is to inspire young people, especially young girls. “We still have this stereotype that STEM is for boys and men and that’s not true. My book shows that by exploring the lives of more than 50 Black woman who have made powerful contributions to STEM,” Bolden says.

There are three parts in the book that give context to female Black leaders through the 1800s and 1900s. In the first part called “The Vanguard,” she honors pioneers who were nurses and physicians, such as general practitioner Rebecca Davis Lee Crumpler––the first Black women to earn a medical degree in the United States. At the that time, Crumpler was at the cutting edge in terms of STEM.

“Riding the Wave” is about women who benefited from the feminist movement. On August 18, 1920 women finally got the right to vote due via the 19th amendment. After that, women started fighting for more inclusion in education, the workplace, and in all kinds of fields. Black women such as, Mathematician Martha Euphemia Lofton Hanes, Bacteriologist Ruth Ella Moore, Home Economist Flemmie Kittrell, and Physicist Carolyn Beatrice Parker started to branch out.

Young girls and women can read “Changing the Equation” for inspiration. A lot of work in STEM is problem-solved and the more diverse the problem solvers are the better the solutions are. “We need to get our girls ready and the world of STEM needs Black brain power,” Bolden says.

Tonya Bolden recently spoke at a book launch event for “Changing the Equation: 50+ US Black Women in Stem” on March 3. Q&A follows:

AMN: You write for young adults and children. Have you considered doing graphic novels?

TB: For me a work has to come organically I can’t chase a trend because my heart won’t be in it. I can’t just do something because this is hot now. If I don’t have the passion, I won’t do it very well.

AMN: Do you see progress in literature in terms of Black voices?

TB: We go through all these things where we need diverse books and we have these books and then people won’t stay on top of it and then in ten years someone will write another article saying, “Where are the books for children of color or by writers of color?” If you want to see diverse books you have to buy the ones and get your friends to buy the ones because publishing is a business. There is some progress.

AMN: Have you ever thought about writing plays or drama?

TB: No. When I write my fiction and some non-fiction, I do think in terms of movies. I think of scenes. In my fiction, I discover sub-plots and characters by writing the dialogues, then I find out who the characters are.

AMN: What was your most intriguing non-fiction book to write?:

AMN: Are there challenges in writing for different audiences?

TB: If it’s a picture book then in my head I’m saying I’m writing a poem. When I’m adapting an adult book, I’m being an editor. You don’t tell upfront what you’re going to tell for kids. You don’t give seven examples you give three. 100,000 words has to come down to 40,000 or 50,000. It’s a different skill set which is refreshing because you don’t have to generate.

AMN: You use a lot of images in your books. How difficult is it to gather all that stuff?

TB: Not as difficult as it used to be because so much is online. The Library of Congress has tons of stuff. You can access newspapers online. With so much being digitalized it’s not that difficult. If I’m going to use an image my first choice is that it come from a library or museums.

The Amsterdam News asked if she thought about how there might be a screenplay for one of your characters?

TB: I’ve been approached by a couple of other things. I used to get really exciting now I’ll wait to have a contract. If something is meant to be it will be. Things happen when it's supposed to happen.”

AMN: What’s your next project?

TB: I know I will do some more things in STEM. Now that I feel a little bit more confident. I tell kids when I do school visits you don’t have to know everything. The writer has to be able to find people who know more than you do and get them to help you.