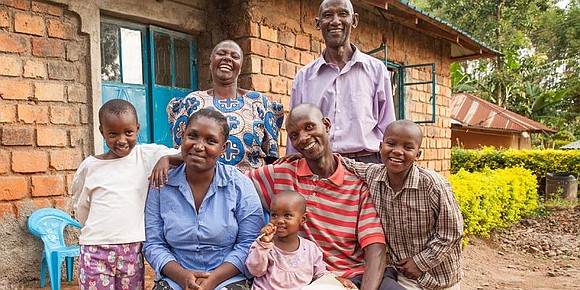 As Mae West once said, “I’ve been rich, and I’ve been poor; believe me, rich is better.”

But could there be more to the story? A landmark survey of the state of global happiness designates Kenya as more positive and hopeful than its neighbors despite the challenges that the country faces. In fact, Kenya is ranked as the happiest nation in East and Central Africa in the World Happiness Report of 2020.

“It’s not just wealth that makes people happy,” write the authors of the report based at the Earth Institute at Columbia University. “Political freedom, strong social networks and an absence of corruption are together more important than income in explaining well-being differences between the top and bottom countries. Good mental and physical health, someone to count on, job security and stable families are also crucial.”

Findings of the scholarly report will be disputed, certainly. In 2018, Human Rights Watch found a lack of accountability for serious rights violations, perpetrated largely by security forces. The 2017 presidential election period saw abusive police operations in opposition strongholds, with police beating and shooting to death at least 100 opposition protesters and bystanders.

Many women and girls were raped and sexually harassed by police during these operations. Last December, the governor of Nairobi was charged with economic crimes involving millions of dollars.

Life expectancy was nothing to write home about in 2016 according to the World Health Organization. Life expectancy was 64 years while total expenditure on health was 5.7% in 2014. Switzerland spent 12% of GDP and the UK spent 9.8%.

To make a long story short, Kenya invests the bare minimum in hospital beds (1.4 per 1,000 in 2010), and shows high numbers for malaria, malnutrition, TB, and under-five deaths.

Still, there are Kenyans who will assure you: “I have what I need to be happy. I don’t stress. I have a nice family and I love my job.”

With a blend of Christian and Muslim inhabitants, everyone greets one another. “People here are safe, they feel free, they help each other. I am Christian, my two brothers are Muslim, and that is OK. There is free will”.