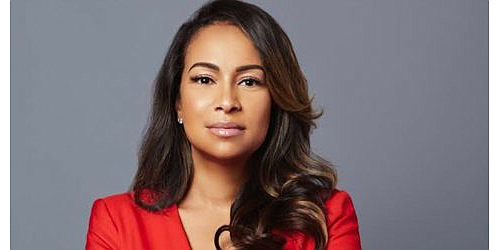 The Los Angeles-based Recording Academy consists of musicians, producers, recording engineers, and other musical professionals, and it’s most famous for the Grammy Awards, which recognize achievements in the music industry.

“The mission continues, and I’m deeply honored to join you on this journey,” Butterfield wrote.

“We are thrilled to welcome Valeisha Butterfield Jones into the Recording Academy family,” said Academy Chair and Interim President and CEO Harvey Mason in a statement. “Valeisha has been a force in driving systemic change and enhancing equal opportunities for underrepresented groups across entertainment, technology, and politics.”

“I’m excited to work with her to continue evolving the Recording Academy as an organization that represents our music community and a place where all voices are welcomed, supported, and nurtured. We are so fortunate to have Valeisha’s leadership in this crucial area.”

Variety reported that Butterfield Jones would report directly to Mason beginning on May 11. According to the announcement, she will join the executive leadership team responsible for advancing the Recording Academy’s mission and ensuring that diversity and inclusion are core to business values and standards, and demonstrated throughout the organization.

Butterfield Jones will “design, build and implement world-class programs and industry standards focused on inclusion, belonging and representation for underrepresented communities and creators,” according to the news release.

She’s also served in the Obama Administration as the Deputy Director of Public Affairs for the International Trade Administration, and Butterfield Jones also held the post of Executive Vice President of Rush Communications and as the National Director of Diversity and Inclusion for the Alzheimer’s Association.

She maintains a seat on the National Board of Directors of ColorComm, MC Lyte’s Hip Hop Sisters Network, and iVote.

“The Recording Academy has an opportunity and responsibility to ensure that diversity and inclusion are embedded in its core values,” Butterfield Jones stated.

“I’m deeply honored to join the Academy as we enter a new chapter of transformational growth, leadership, and change. During this unprecedented time in world history, together, we will double-down on our focus to drive systemic change and equitable outcomes for underrepresented communities and creators.”