Being Like Mike is well documented in new, documentary series 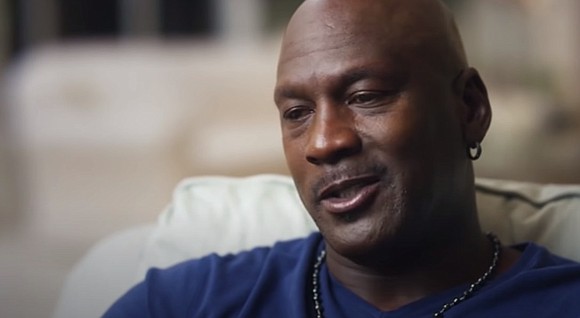 Under normal circumstances, NBA and NHL post season games would be scheduled. Major League Baseball would be six or seven weeks in. Soccer would be starting. Tennis, golf and auto racing would be in season. Interestingly enough, this story could’ve easily been about last Saturday’s Kentucky Derby which has been postponed to September or the newly circulating conversations of a Mike Tyson come back.

The coronavirus has reduced sports to debates, On This Date in history remembrances and what I’ll describe as an extension of fantasy sports; making plans for a sports season as if these are normal circumstances. Case in point, the NFL which is releasing their schedule this week as if our lives have been determined for the fall and winter.

Their draft, televised last month, was a ratings success that generated an abundance of interest and talk show programming. It was a breath of fresh air to sports heads. Also getting that kind of attention is the 10-part docuseries, “The Last Dance, The untold story of Michael Jordan and the Chicago Bulls Dynasty.”

Watching it is like watching Lincoln, you know the ending. The Bulls’ six NBA championships from 1991 to 1998, Jordan’s retirement, his return and the greatness and competitiveness that he displayed. But it documents, from Jordan’s perspective, much more of his story.

The first six episodes, aired the last three weeks––Sunday nights on ESPN, two episodes at a time, an hour apiece––told some incredible back stories. Jordan’s ascension into the NBA, the years and struggles to attain their first chip, repeating and three-peating.

The marketing of the Jordan brand is also presented. Everyone wanted to “Be Like Mike.” His signature sneaker, the Air Jordan is introduced.

Signed by Nike, then an upstart company who hoped to sell $3 million worth of the shoes by the end of their 4-year deal, grossed $126 million in the first year. Ironically, Jordan wanted to sign with Adidas who’s sneakers he favored.

It tells of Jordan’s relationship with Kobe Bryant and his personal battles with teammates and competitors. Two of the featured one’s is Jerry Krause, the Bulls’ general manager who became determined to break up the team to build for the future, and Isiah Thomas, Hall Of Fame Detroit Pistons’ guard who believes that Jordan blocked him from being added to the 1992 Olympic basketball team.

Also documented were claims of Jordan’s gambling issues, most notably his trip to Atlantic City late one night after losing a playoff game to the New York Knicks and his refusal to endorse a Black candidate, a popular Democrat in a North Carolina congressional race, over the white racist Republican incumbent.

Jordan’s comment, “Republicans buy sneakers too,” trended, then and now in perpetuity.

Sunday’s edition, Episodes 7 and 8 will document the end of the Bulls’ first reign and some personal tragedy, conflict and tribulations. The entire project gives those viewers who didn’t get to see Jordan play, an understanding of why he’s considered the greatest modern day player and should end any conversations, debates and disputes that claim that he’s not.