Athletes rise up to call for justice for Ahmaud Arbery 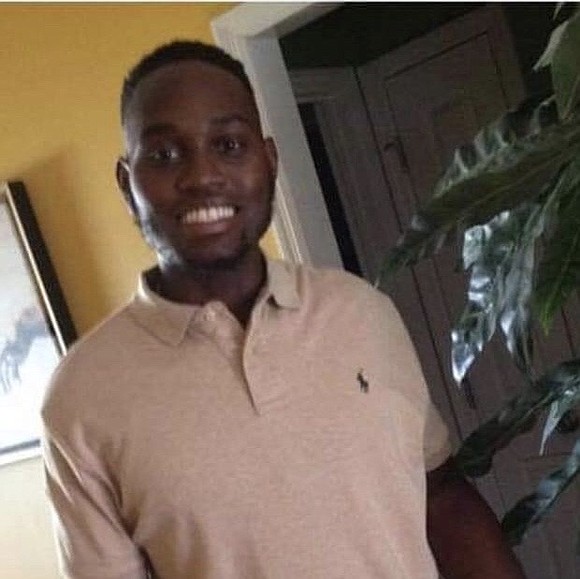 Twenty-five-year-old Ahmaud Arbery, an unarmed Black man, was shot and killed in Glynn County, Georgia, on February 23 while jogging by two white men who are facing murder charges. Family photo

The horrific and unjust murder of Ahmaud Arbery has spurred professional athletes to use their influential status and expansive platforms to call on the judicial system to thoroughly and impartially prosecute the men responsible for his death.

“We’re literally hunted EVERYDAY/EVERYTIME we step foot outside the comfort of our homes!” tweeted LeBron James last Wednesday regarding the murder of Arbery. “Can’t even go for a damn jog man! Like WTF man are you kidding me?!?!?!?!?!? No man fr ARE YOU KIDDING ME!!!!! I'm sorry Ahmaud (Rest In Paradise) and my prayers and blessings sent to the...heavens above to your family.”

A letter dated May 8 written on the letterhead of The Players’ Coalition, a collective of current and former NFL players founded in 2017 to address social injustices and racial inequality, was sent to the U.S. Department of Justice asking Attorney General William Barr, who heads the Justice Department, to intervene in the investigation of Arbery’s murder given the dubious actions of the local authorities overseeing the case.

It begins by stating “We are a group of citizens, activists, and athletes who are committed to achieving a world in which all individuals are treated with dignity and equality…

This past February 23, Arbery, a 25-year-old Black man, was jogging on a street in the unincorporated community of Satilla Shores, just outside the city of Brunswick, Georgia, when he was pursued by two white men, 64-year-old Gregory McMichael and his son, 34-year-old Travis McMichael.

The pair approached the unarmed Arbery, a struggle ensued, and Arbery sustained three gunshot wounds, two that fatally penetrated his upper and lower chest, according to an autopsy report conducted by the Georgia Bureau of Investigation’s forensic division. Blood tests carried out on Arbery for alcohol and drugs yielded a negative result.

Following the shooting, the elder McMichael told police he and his son recognized Arbery as a suspect in house break-ins that had recently occurred in the area. The case has been fraught with apparent racial bias and implications of past professional relationships hindering and delaying the prosecution of the McMichaels. Gregory McMichael is a former Glynn County police officer—where the killing took place—and had a 20-year tenure as an investigator in the district attorney’s office prior to retiring last year.

It wasn’t until a video emerged online—recorded by a third man, William Bryan, on his cellphone—on May 5 of Arbery jogging, being tracked down by the McMichaels, then engaging in a struggle with Travis McMichael, who possessed a shotgun, that a widespread national outcry erupted, leading to the arrests of both McMichaels on May 7.

They face murder and aggravated assault charges in a case that now has its third district attorney after the prior two Brunswick prosecutors, Jackie Johnson and George Barnhill, recused themselves. Barnhill, in a letter recusing himself, determined the perpetrators had “solid firsthand probable cause” to pursue Arbery.