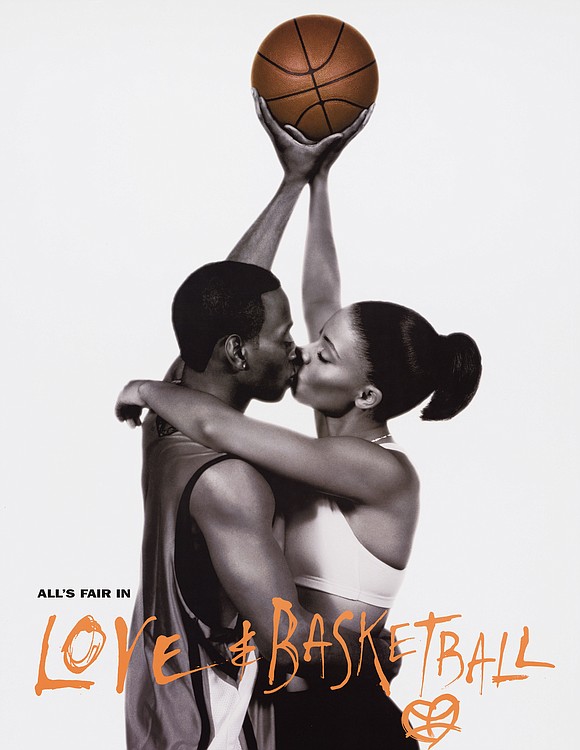 Heads up. While the United States of America begins to slowly get back to work, there are still many virtual events of interest.

I offer the “Love & Basketball: 20th Anniversary Virtual Reunion and Panel Discussion” being held May 14 at 5 p.m. PT.

It’s a celebration for the impact and the enduring legacy that writer/director Gina Prince-Bythewood achieved with her romantic classic “Love & Basketball.”

“Love & Basketball” was written and directed by Prince-Bythewood; produced by Spike Lee and Sam Kitt; with editing by Terilyn A. Shropshire; music by Terence Blanchard; and costume design by Ruth Carter.

Structured like the four quarters of a basketball game, “Love & Basketball” follows young Quincy and Monica as they pursue their athletic dreams in tandem over 12 years. In 1981, Quincy McCall (Omar Epps) and Monica Wright (Sanaa Lathan) are neighbors and childhood sweethearts brought together by a shared love of basketball. Over the years, the two fall in and out of each other’s lives as they struggle with mental health, family problems, and physical injury. By 1993, the fate of their love comes down to a final game of one-on-one, with the stakes higher than ever.

In her confident directorial debut, Prince-Bythewood challenged stereotypes of race and gender with this nuanced examination of Black love. She succeeded in depicting the growing pains of a couple matched in athletic skill with unwavering authenticity, never sacrificing the integrity of her characters for the sake of convention.