(Some) CUNY teachers to John Jay College: No jobs? No grades. 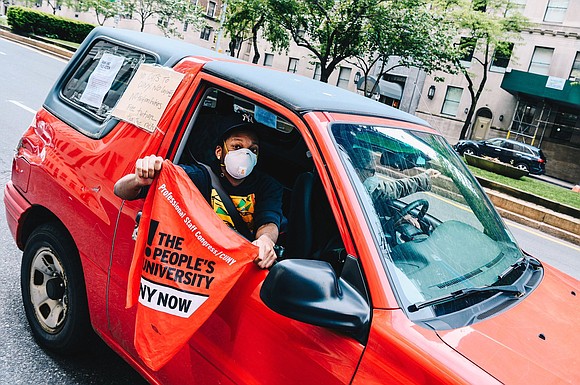 Some City University of New York faculty members are so distraught over layoffs that they're considering withholding spring semester grades.

John Jay College's provost announced last week he planned to eliminate 450 adjunct positions, almost 40 percent, of the college teaching force, to combat revenue loss due to the COVID-19 global pandemic. City College and the College of Staten Island will reduce staff by 25 percent and 35 percent respectively. CUNY management will also increase tuition by $200 and add a new $120 annual “health & wellness fee” that the university said would “generate funding that would be used for health and wellness services and education at each of the campuses.”

Rank and File Action (RAFA), a small group made up of adjuncts, graduate teaching fellows, tenure-track, and tenured professors), believes that they have one way of getting CUNY's attention. In a publically released letter from the group, it's stated that faculty wouldn't submit grades until May 28, which is CUNY’s deadline date at most of its colleges for accepting grades. If they reach 70 percent CUNY faculty pledge support by May 27, they would withhold Spring 2020 grades after the submission deadline and after May 29, when adjuncts get their reappointment or non-reappointment letters through the mail.

"We anticipate that withholding grades will lead the administration to pit us against the students and the staff in the campuses’ Registrar—but students, faculty, and staff have much to gain in common," read part of the pledge. "We will communicate the reasons for this action with our students to garner their trust and support, and explain that this action is also in their interests as the adjuncts’ mass layoff implies fewer classes and choices for them, larger class sizes, and a general worsening of our teaching and their learning conditions.

"We will also build (a) dialogue with the campuses’ Registrar staff about this action, in order to maintain transparent communication with our HEO co-workers, and to not jeopardize our students’ graduation, scholarships, or visa status," the pledge letter continued.

PSC, led by President Bowen, has not endorsed holding back grades. However, they've garnered support for their cause through an online news conference, meetings with lawmakers, a social media campaign and an ad campaign.

Bowen said that teachers not only educate students, but are a significant part of the college experience.

“Adjunct faculty are not expendable," Bowen stated. "They are talented teachers and devoted mentors of students; they deserve far better than panicked, preemptive layoffs. CUNY management should be fighting to protect every job at the University, not finding ways to cut courses and jobs. Our federal representatives must deliver the stimulus money New York needs, and Albany must make billionaires and ultra-millionaires pay their share to protect the workers and students who are suffering in this pandemic."

John Jay College's Provost isn't the only person slicing into CUNY and its faculty. In New York State Gov. Andrew Cuomo's budget, enacted in April, he now has the authority to cut the State funding in response to declining revenue. The cuts could be as high as $95 million. New York City Bill de Blasio announced that he cut $20 million in mid-year funding to CUNY.