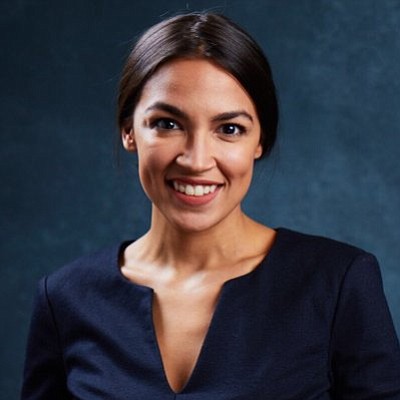 Congresswoman Alexandria Ocasio-Cortez has made a name for herself during her short time in Washington, D.C. If labor unions have their way, she’ll be in Congress for a while.

“In her first term in Congress, Rep. Ocasio-Cortez has already proven herself to be a true ally to workers throughout New York and the entire country,” stated CWA District 1 Vice President Dennis Trainor. “She’s been a fierce advocate for unions, workers’ rights, and fighting against corporate greed.”

“We’ve never experienced a member of Congress going out of their way more to see what she can do to support and understand our issues,” stated Sara Nelson, president of the AFA-CWA. “Congresswoman Ocasio-Cortez didn’t ask if we could come to her, she took the time to come to us to ask what she could do to help and followed through with action.”

Ocasio-Cortez ingratiated herself into the labor movement when she introduced and co-sponsored bills such as A Just Society: The Uplift Workers Act, which incentivizes contracts if they use union labor and make a safe work environment a priority.

Bridget Rouse, RN member of National Nurses United, and one of Ocasio-Cortez’s constituents, said that her union was proud to endorse the representative because she represented the type of elected official that should be lauded.

“Rep. Ocasio-Cortez has fought alongside nurses in the Bronx to fight attempts to strip funding from and privatize the VA health care system. She is a strong supporter of bills that National Nurses United champions, that protect patients, nurses, and union workers. She is a cosponsor of the Protecting the Right to Organize Act and the Medicare for All Act, both critical bills that improve the lives of working people.”

AOC made news in the sports world last year when she called out Barstool Sports owner Dave Portnoy on Twitter for talking openly about crushing any organizing in his place of business. She noted that threatening to fire employees for unionizing would put him in legal hot water. Moments like that make Kyle Bragg, president, SEIU 32BJ, happy to throw his union’s support behind her.

“From the moment she arrived on Capitol Hill, Congresswoman Alexandria Ocasio-Cortez has proven her commitment to fight for issues that will improve the lives of working people in New York, and has become a tireless defender of policies that will help them thrive,” said Bragg. “She has earned our support by taking a strong stand on accessible health care, a $15 minimum wage, protecting essential workers and restoring the American Dream for everyone.”