The path paved by Bob Watson is not often traveled 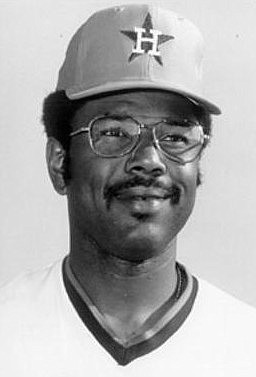 Bob Watson, Major League Baseball’s first Black general manager, died last week of kidney failure after a long bout with the illness at the age of 74 in Houston, Texas, the city in which he formed a long MLB career beginning as a 20-year-old with the Astros. Watson is survived by his wife Carol, daughter Kelley and son Keith.

One of his missions, to compel change in the hiring practices of owners to include more minorities, particularly African Americans, as managers and executives, is an unfulfilled objective that must be continued by others.

There are only two Black managers in the 30 team MLB, the Los Angeles Dodgers’ Dave Roberts and the Astros’ Dusty Baker. The Chicago White Sox’ Kenny Williams, the franchise’s executive vice-president, and the Florida Marlins’ Michael Hill, the organization’s president of baseball operations, are the only Black executives in a non-ownership role holding significant decision making responsibilities. Former Yankee great Derek Jeter is the CEO and a part owner of the Marlins.

The data reflects an alarming lack of diversity and progress since Watson broke barriers. And there is little anecdotal evidence or indications the circumstances will have reasonable improvement in the near future.

“Bob Watson was a highly accomplished figure in our national pastime and a deeply respected colleague for those of us at Major League Baseball,” said MLB Commissioner Rob Manfred in a statement last Friday. “He was an All-Star during his 19-year Major League career and a groundbreaking executive in the front office. Bob rose up to become general manager of the Astros in 1993 and made history as the first African American GM of a World Series champion with the 1996 Yankees,” Manfred continued.

“He then oversaw all on-field operations for the Commissioner’s Office and played a pivotal role in USA Baseball’s success internationally, including its Olympic Gold Medal in the 2000 Sydney Games…I will always remember the outstanding example that Bob set for others, his years of model service to the Baseball Assistance Team and the courage with which he met his health challenges in recent years.”

Born in Los Angeles and raised in South Central, L.A., Watson made his MLB debut with the Astros in 1966 and remained with them until 1979, when he was traded to the Boston Red Sox. In 1980, Watson, a first baseman and outfielder, signed as a free-agent with the Yankees, and in 1981 played in the only World Series of his career against his hometown team, the Los Angeles Dodgers. Watson and the Yankees were defeated four games to two, despite his noteworthy performance, batting .318 with two home runs and seven RBI manning first base.

In 1982 the Yankees traded Watson to the Atlanta Braves, and his playing days concluded in 1984. Watson’s career numbers of .295, 1,826 hits, 184 homers and 989 RBI were solid if unspectacular. He had the distinction of being credited with scoring Major League Baseball’s millionth run 45 years ago to this month on May 4, 1975.

However, the two-time All-Star (1973, 1975) would make his most indelible mark on baseball, sports and society as an executive and advocate for increased opportunities for minorities. Yet the path he paved is still not often traveled by African Americans.