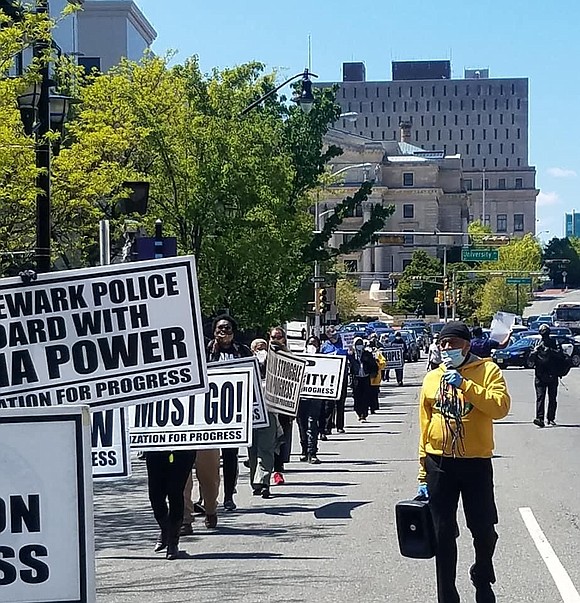 The activist group People’s Organization for Progress (P.O.P.) held a protest in Newark at the Lincoln Monument in response to the shooting death of the unarmed 25-year-old Ahmaud Arbery in Brunswick, GA.

The protest took place last Wednesday and organizers say COVID-19 would not keep them home to voice their outrage about the shooting. Social distancing guidelines were followed during the protest.

Arbery was shot on Feb. 23 in Georgia by white father and son Gregory and Travis McMichael. They claim Arbery resembled a man suspected of recent break-ins in their neighborhood. It took 74 days for police to arrest the McMichaels due to the fact that Gregory is a former investigator with the district attorney’s office and is a former police officer.

“There should be a special prosecutor in this [Ahmaud Arbery] case,” P.O.P. chairman Lawrence Hamm said. “We want them convicted not only on the state law of homicide charges, but also federal hate crime charges. In addition, every law enforcement officer that knew about this case and did nothing about it should go to jail. They should be fired, disbarred and prosecuted on conspiracy charges.”