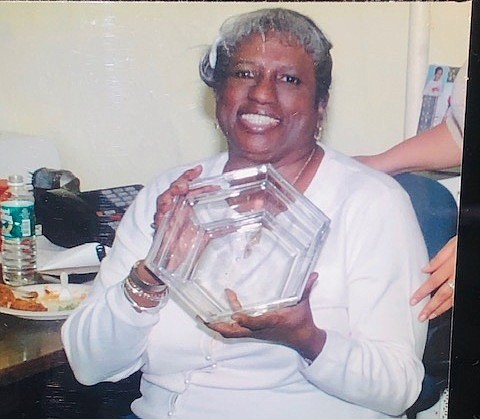 Henrietta E. Hogan Stancil was born Jan. 3, 1937 in Manhattan, New York to the late Thomas and Rosanna Hogan. On the morning of April 28, 2020, she left her home for the gates of heaven.

Henrietta was educated in the New York City public school system and graduated from Julia Richman High School. Henrietta started working at the New York Amsterdam News shortly after graduation on September 9, 1958 as she worked towards an associate degree at the City University of New York. Henrietta worked as a layout designer and advertising manager at the New York Amsterdam News until her retirement 47 years later on March 16, 2005. She was a proud member of the Newspaper Guild of New York-Local 3 TNG/CWA until her retirement.

Strong, determined and blunt, Henrietta was passionate about hope. Most affectionally known as Hennie, Ms. Hennie and Aunt Hennie, Henrietta was humble and understated usually allowing others to shine as she motivated and mentored everyone to be the ‘best you can be,’ encouraging them by saying ‘nothing beats a failure but a try.’