Another Brother Another Sister 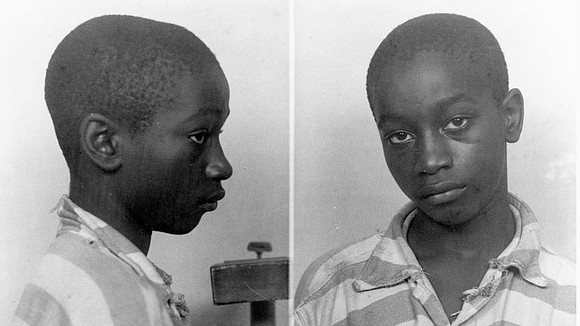 Another innocent brother, Walter Wallace Jr., was killed by police today (October 26) in Philadelphia. Or we can use the descriptives, another brother was terrorized, was lynched, another brother’s body was looted or riddled by unfriendly bullets, or torched by bullets. Another brother and sister will be mourned today as their mothers’ weep (uttering the words of Mamie Till, look what they’ve done to my child) at every oncoming birthday as the angry flames of injustice burn communities throughout the country.

This is supposed to be a jazz column but another innocent brother was deliberately killed by white policemen. It was a 911 call that brought police to the scene where Wallace was reported as being erratic with a knife in his possession. The Wallace family later stated he was having a mental health crisis. It’s obvious police departments still lack a specific plan when it comes to negotiating with people who are suffering from mental health issues. On October 18, 2016 Deborah Danner, 66, who was diagnosed with schizophrenia, was shot and killed by a New York City police sergeant in her Bronx apartment following a 911 call from a neighbor who said she was acting erratically. The officer said she had swung a baseball bat at him (as reported in the NY Times). Sergeant Barry was charged with murder and manslaughter in May 2017. He was acquitted in February 2018.

This is supposed to be a jazz column but police stole the life of another elder in the community. In a similar fatal shooting 32 years ago (October 29, 1984) the elderly, disabled Eleanor Bumpurs was killed by NYC police in her Bronx apartment while they were assisting the housing authority (who informed the police she was emotionally disturbed) in an effort to evict her from her monthly $98.65 public housing apartment. “When Bumpurs refused to open the door, police broke in. In the struggle to subdue her, one officer fatally shot Bumpurs twice with a 12-gauge shotgun” (as reported in the NY Times).

This is supposed to be a jazz column but a young sister’s body was mutilated by police bullets. The Louisville Metro Police Department (LMPD) forced entry into Breonna Taylor’s apartment and killed the unarmed young woman. Is there any real difference between her murder and Fred Hampton’s? Let’s see in December 1969, the Chicago Black Panther was shot and killed in his bed during a predawn raid at his Chicago apartment by a tactical unit of the Cook County State’s Attorney’s Office in conjunction with the Chicago Police Department and the Federal Bureau of Investigation.

Granted Taylor wasn’t wanted by the FBI and she wasn’t a member of the Black Panthers, but law enforcement forced their way into both homes and killed both, who were unarmed. It was later stated that Hampton was actually asleep when he was shot. In both deaths law enforcement officers were cleared of all charges. Taylor’s case hopefully will be continued with the latest information relating to the grand jury and instructions given to them by Kentucky Attorney General Daniel Cameron.

This is supposed to be a jazz column but George Floyd Jr.’s horrific tortured murder that lasted for eight minutes and 45 seconds by a white police officer ignited national and international protests that lasted for months. Although the officer was fired, he has yet to be tried in court.

This is supposed to be a jazz column but to date unarmed Black men and women continue to be killed by white police officers throughout the country. Today parents, family, friends, Black communities and concerned citizens mourn the deaths of so many: Eric Garner, Trayvon Martin, Freddie Gray, Sandra Bland, Tamir Rice (12 year-old killed while playing with a toy gun), and Ahmaud Arbery. The Billie Holiday Theater’s Black Lives Matter mural in Brooklyn’s Bed-Stuy section has 131 names; listed among them are Medgar Evers (killed by a white supremacist in front of his home), the mutilated tortured murder of 14-year-old Emmett Till in Mississippi (1955), and George Junius Stinney Jr. at the age of 14, sentenced to death and executed by electric chair in 1944. Stinney’s conviction of killing two white girls was overturned in 2014, when a court ruled that he had not received a fair trial.

This is supposed to be a jazz column but in the here and now innocent Black people are being killed by white policemen and in the past by angry white segregationists with the majority being acquitted by a United States plantation justice system. As agreed, it’s not a matter of bad apples in police departments throughout the United States but systemic racism that strolls the halls of the justice system like an institutional plague. Once white police officers are held accountable, convicted and sentenced to real prison time, this darkness will stop. White men have been killing, terrorizing, looting and torturing Blacks since the first slave ship hit the rocks in these Americas—from slavery to lynchings to correctional institution warehouses, the seeds of racism have grown. It is that same mentality that causes them to see Black lives as being disposable. It’s the same old answer, “I feared for my life.” It seems difficult for them to grasp that Black Lives Matter.

Just as police officers must be held accountable, the young men throughout the city in gangs, who persist in being plastic tough guys, whose stray bullets kill innocent people like 1-year-old Davell Gardner Jr., a 14-year old Harlem student and a teacher among others, have to stop. These tragic shootings deserve the same protests and outrage; they too need to be accountable. Just as police departments require new methods, procedures and professionals in mental health including social workers, the public school system requires the same overhaul. It would mean that the school system is allotted more funds to reinstitute many programs that were previously working.

If gang members feel they are that tough, band together and protect the neighborhood as opposed to destroying the community and lives. Visit a city occupied by the white militia and let them know you are the new enforcement in town. The Black Panthers who owned weapons were about educating the children, protecting the community and its senior citizens, and economic development.

This is supposed to be a jazz column but brothers and sisters are being killed. Condolences, prayers, love and peace to all families who have lost loved ones to violence. Persistent diligence is required. The village must become an economic force.