Black women promoted to top positions in the NYPD 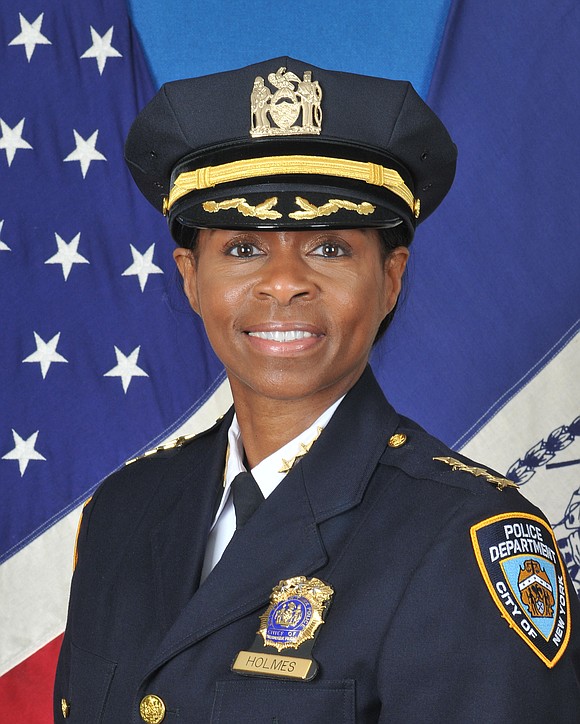 Three Black women have been promoted to high ranking positions in the NYPD.

Chief Juanita Holmes made history by becoming the first woman named the new chief of patrol. Her new position makes her the highest-ranking Black woman in the NYPD. She’s been with the department for 30 years and is the first woman in the agency’s history to hold the position.

Leading the community affairs bureau, Assistant Chief Kim Royster was also promoted to chief of transportation. She is the first Black woman to be named assistant chief.

Inspector Olufunmilola Obe has been appointed as Commander of the School Safety Division. She joined the NYPD in 1992 as a Police Cadet assigned to the 24 Precinct. Obe served as Commanding Officer of the 28 Precinct and Police Service Area 3. She also served as Executive Officer of the 19, 25 and 34 Precincts. Obe is originally from Nigeria.